Panic buying has gone through the roof with the arrival of the new corona pandemic. First it was face masks and disinfectants, and now people worldwide are stockpiling toilet paper. Some countries have started to limit the quantity of items you can purchase, while some supermarkets are completely out of  toilet paper.

But why? Toilet paper isn’t protecting you from the virus, nor is it a necessity like bread or milk, but people still buy it in huge bulks. There could be many reasons.

Steve Taylor, writer and author, says that the reason many are panicking is because the virus is new and unknown, and hearing conflicting news can be a stepping stone for extreme measures. People are told that there is a great danger, and the only way to stop it is washing their hands. It makes them feel helpless so they react with caution.

Since so many countries are taking action, closing their borders and imposing strict movement laws, people from countries which are not yet reinforcing new rules are preparing for the same conditions in their own hometowns, claims Baruch Fischhoff,  Professor at the Institute for Politics and Strategy at Carnegie Mellon University. 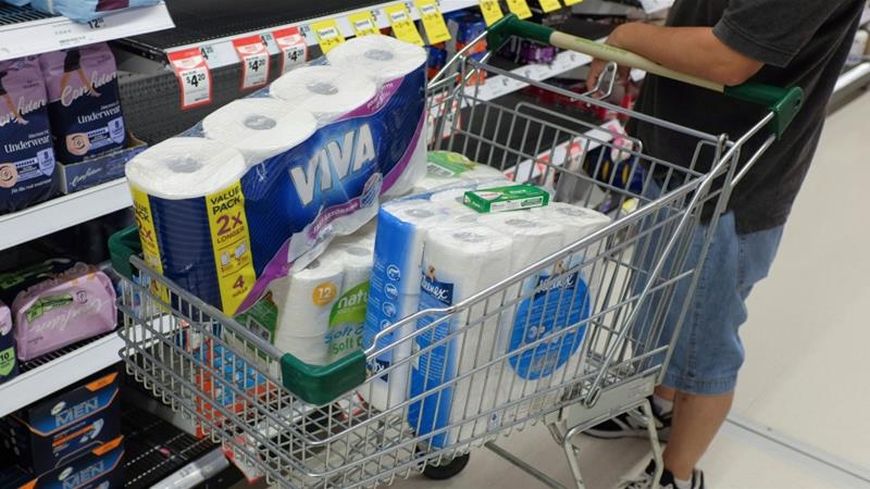 Social Media is full to the brink with pictures of empty racks and overflowing shopping carts. People look at these pictures and start to panic, which makes them go to the store to stock up as well.

“People are social beings, and we observe each other to note what is safe and what is dangerous. So, when you see a person panic buying at the store, it can cause a contagious fear effect”, says Steve Taylor.

Looking through those pictures makes people think that they must hurry up with their shopping while there’s still toilet paper in stock, which creates a never-ending cycle.

Wanting to prepare for the inevitable is natural

Whilst some governments and health institutes are instructing, or imposing that people stay indoors and avoid contact with other people, wanting to prepare for isolation is reasonable.

The new virus triggers some kind of a survival instinct in people. What are we to do when there are no more supplies left, including toilet paper? What are we supposed to replace it with? That money is going to be spent on toilet paper anyway – this is the thought process of many people.

Feeling in control of the situation

People who are stockpiling are only thinking about themselves and their families, and have no concern for health workers and the diseased, or other people in general. People mass buying face masks have caused their shortage, which means that a lot of health care workers are left exposed. In addition to the influx of patients to the already overcrowded hospitals, the loss of doctors and nurses can be catastrophic.

The reason for this kind of behavior is fear. Fischhoff claims that the preparations like buying toilet paper help people regain a sense of control in a situation which seems hopeless. It is simply a coping mechanism for many people in these hard times.

The Perfect Valentine’s Day Dinner – How to Surprise Your Partner