Despite a tumultuous few years, immigration to the UK still remains a popular choice. In this article, we’ll look at some of the reasons why people choose to immigrate to Great Britain in 2022.

Since 2019, grants of British Citizenship from methods such as sponsorship licence applications have increased by 22% in 2022. This is despite a tumultuous few years in the country.

In this article, we’ll be looking at some of the reasons why people are choosing to immigrate to the United Kingdom.

For immigrants, the United Kingdom offers lots of opportunities for employment, particularly within its cities such as London, Manchester, Bristol, and Birmingham. Following the UK’s departure from the EU in January 2020, there are now some new restrictions on living and working in Great Britain. However, for those who are skilled and/or have experience of working in certain sectors, there are a number of visa options available.

As more and more UK businesses become international, a great many employers actively seek multilingual staff from overseas for a number of different roles.

Additionally, there are visas available for immigrants who are currently working for a business overseas and who wish to open a branch of that business in the United Kingdom.

The UK is known for its high standards of education, including highly rated state schools which are free to attend, as well as some of the most prestigious private schools in the world. The United Kingdom also has a great many colleges and universities which welcome students from overseas, provided that they fit the criteria for a student visa.

A significant number of people who choose to immigrate to the UK are coming from countries which either offer poor standards of healthcare or expensive medical care. The United Kingdom is known for its National Health Service which, since 1948, has offered free healthcare to those living in Great Britain. Although there are small charges for some medical services in the UK, the majority of treatments are free of charge which is a considerable incentive for many immigrants.

While dental work is available via the NHS, it’s worth noting that patients are responsible for some charges and fees. Any non-basic treatments, such as cosmetic dentistry, are not included within the range of free services.

While the UK is by no means crime free, it is considered to be a safe place to live in comparison to some other countries – even within its larger cities. For example, a study revealed that people in London feel safer walking alone than they do in Warsaw, which makes an extremely compelling reason for immigration to the UK.

Despite highly publicised cases, such as the tragic murder of Sarah Everard, the UK is a comparatively safe place to live for young and old in 2022.

Although to buy and rent in cities like London can be extremely expensive, other parts of the country enjoy relatively inexpensive accommodation built to high standards. Even within England’s capital, house prices are only the 20th most expensive for cities worldwide. For immigrants, particularly those with families, this is one of the reasons for choosing the UK as their new home.

Great Britain is one of the most welcoming and inclusive countries in the world and, throughout the UK, there are some incredible communities for those from overseas. These include communities of people from Asia, as well as from central European countries such as Poland, Ukraine and other parts of the continent. Thanks to the internet and social media, immigrants in the UK are able to easily connect with others from their home country for networking and social purposes.

The UK has a lot to offer in terms of transport. Although immigrants moving to some rural areas may find that they need a car, most towns and cities run an efficient and affordable bus service, with further services such as underground trains and trams in some of the UK’s major cities.

Additionally, transport within the UK, including trains and coaches, offers fast and affordable connections between cities and towns. The UK is perfectly placed to offer cheap and easy travel to the rest of Europe.

Making the Move to the UK 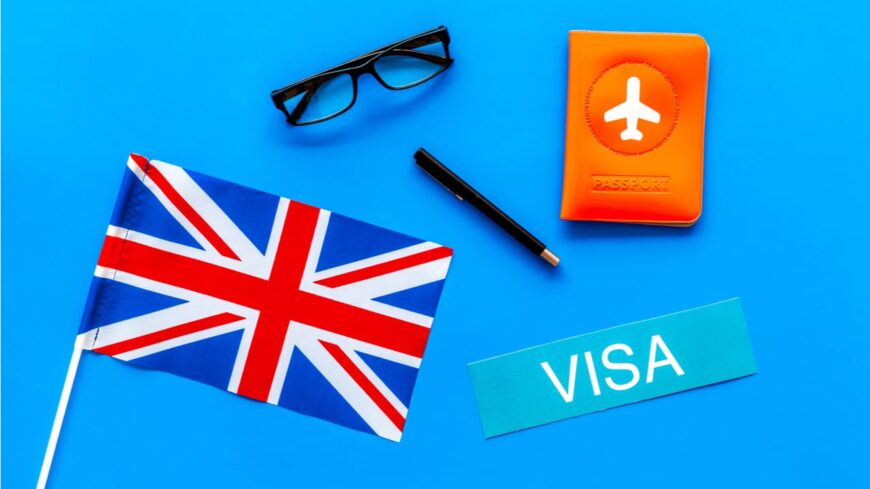 While there’s no doubt that immigrating to the UK is less easy than it was prior to Brexit, Great Britain still remains an incredibly popular choice for immigrants. For those looking to relocate to the UK, the first step is to check eligibility.

As mentioned earlier in this article, there are a number of visa options open to immigrants, which allow people to live and work in the UK for a period of two years, five years and, in some circumstances, indefinitely and, these include:

All of these visas have strict criteria which must be fulfilled. Therefore, it’s extremely important for potential immigrants to ensure that they are eligible before paying to submit an application.

Potential immigrants should also research the cost of living in the UK before making an application to make sure that they are able to afford to make the move. Such costs will include relocation costs, rent/mortgage, bills including council tax, transport and more.

Is It Better to Book a Cruise Online or Over the Phone – 2022 Guide?

Where Is The Hottest Real Estate Market In North Carolina 2022?

Benefits of the Metaverse for the Environment and People