Music from Iran, compared to other countries in the Middle East, is much more famous in Europe. Therefore, the release of albums by famous musicians is not a rare case today. Although relying mostly on the traditional melodies of this region – this music has found its way to a wider audience – and blended perfectly with some new, modern rhythms. Introducing the top 10 Iranian new singers to watch out for in 2021.

As in most countries, today’s pop music in Iran relies on many musical genres. If we wanted to know something about the origins of Iranian popular music, we would have to go back through decades. Although based on traditional melodies, Iranian popular music has been evolving since the early 1950s. It was during this period that other genres such as tango, waltz, or rumba came to be significantly influential – and began to be included in Iranian pop music.

The breakthrough of pop music in Iran happened during the 70s of the last century. At that time, this country almost had a real musical and cultural revolution. Music has been modernized by using new musical forms and instruments such as the electric guitar and other instruments coming from the west. Although the golden age of Iranian pop music was short-lived due to numerous bans – popular music in this country has survived to this day. Some of the Iranian singers and musicians have gained great fame not only in their own country – but also abroad, as well as in the west where this music is very well received.

World-famous singer Arash – represents an abundance of talent embodied in one person. Not only is he a great singer and musician, but he also had trips to the movies, and he also dances. Known to a wide audience for the hit Boro Boro and his collaboration with Helena – this singer has built a career both in Iran and in Europe because he has lived and worked in Sweden for many years. From his native Tehran, Arash went with his family to Uppsala – and that’s when the upward line in the career of this musician who is world-famous today.

Another great musician and singer who comes from Tehran, for whom we can say he is one of the ones responsible for spreading Iranian culture and music not only in his country but also abroad. This guy, who was born in 1973, graduated from the Tehran Conservatory of Music, in the piano, guitar, and violin departments. Infinitely talented, he even worked for IRIB, which is the official broadcast of Iran. Yet, during the first decade of this century, he decided to emigrate to Canada where he continued to pursue music, cultivating original Iranian melodies complemented by contemporary instrumentals. 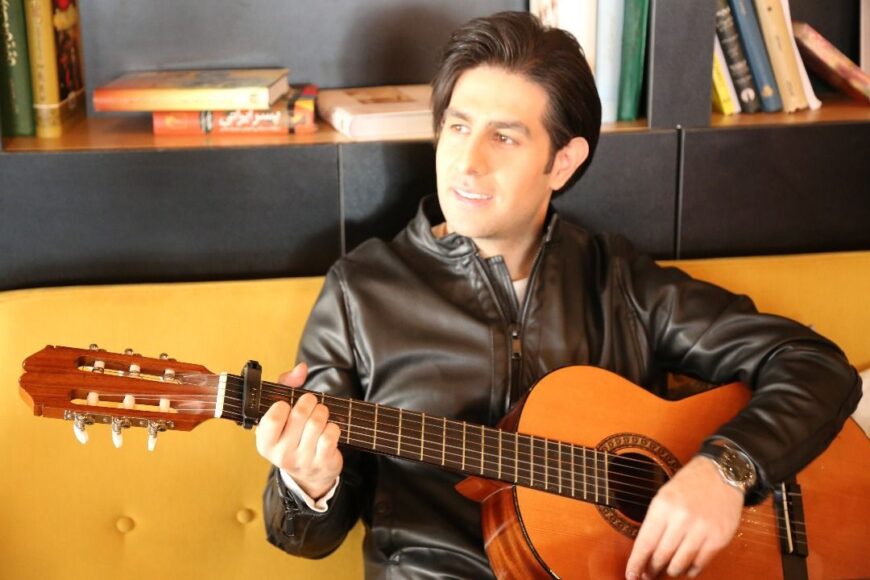 Today, when we listen to music mostly through platforms such as YouTube or Spotify – it is not surprising that we are better acquainted with the work of artists from Iran, about whom we may not have known enough before. One of today’s very popular artists is Erfun KhoshDel. He has been involved in music since he was 14 years old, and since then he has researched various musical genres – which he has very successfully connected with traditional Iranian melodies. However, in recent years, his music style has turned into electro-pop. The whole musical story is accompanied by unusual, almost artistic video clips that visually complete the atmosphere that this young singer, with an authentic voice, offers you. Certainly, one of the great talents of Iranian music, which is making big steps in foreign music markets.

The new and modern vision of Iran is embodied in this singer. Andy Madadian is a singer of Armenian-Iranian descent who is a big name today – and even has his own star on the Hollywood Walk of Fame. Although he was a TV personality, Andy put his heart into music and is so popular not only in his country – but throughout the United States where he had the chance to work with famous singers like Bon Jovi and La Toya Jackson.

Although already in his mature years, this Iranian singer does not stop captivating. Some even call him a Persian pop ruler because his career spans over 50 years – and he is still equally successful and popular. The singer, whose real name is Ebrahim Hamedi, began his career in a boys’ band, after which he began a solo career that continues today. Even today, many consider him the most successful Persian pop singer of all time.

This band was formed in Tehran during the 60s of the last century. After a break, they were reactivated during the ’90s. Collaborating with several musicians, they have made a big comeback when it comes to Persian pop music. New rhythms, modern instrumentals, and cheerful video clips – made the new audience love them with the same zeal as it used to be. Hits like Joona Khodet (Dokhtar Irooni) – have made audiences around the world enjoy the rhythm of their music.

The queen of the ballads, with an angelic voice, will capture you at the first listening – even in her mature years. This singer and actress, originally from Tehran, comes from an artistic family. Namely, her father was also an entertainer, so it is quite clear from whom she inherited the talent. Thanks to her lavish voice, Googoosh has had the opportunity to collaborate with the most famous Iranian composers. She sang songs in various languages ​​such as Persian, Azerbaijani or Turkish – but she also recorded her music in English, Spanish, French and Italian. However, for her, things have changed after numerous restrictions were imposed on Iran, which also affected artists. Namely, in 1979, Iran introduced a ban on women singing in public – so Googoosh left Iran in the early 2000s, after which she continued her successful career, starting her world tour the same year.

Many do not know that Leila Forouhar is a woman with an educated voice, a classical singer, but also a pop diva of Iranian music. She was also successful in acting, which is not surprising because her father, Jahangir Forouhar, was also a successful Iranian actor. Although originally from the Iranian city of Isfahan, she also left Iran during the revolution that limited artists from doing their job. However, she continued her successful career.

If you want to embark on an ambient musical journey – you will surely love it. This musician from Iran is involved in electronic music and has released eight studio albums so far. She has also collaborated with other famous musicians. Authentic and its own – it is definitely worth mentioning on our list.

The guy whose full name is Ashkan Khodabandehlou is one of the most famous Iranian singers today. Although born in 1990, this guy has been involved in music since his earliest youth. He started playing the guitar when he was only 10 years old, and at the age of 13, he was already playing the piano. However, as a member of the younger generation of Iranian singers, his curiosity in various music genres should not be surprising – so he blended some of the traditional Persian rhythms perfectly with modern instruments and electronic sound. Today, he is one of the most popular singers coming from this country.