As 2018 draws to a close, it is time to look forward. We have been waiting for 2019 for a long time as some of the iconic cars are scheduled to return after years of not being present in any market. The list that you will find below contains 10 cars which we are very excited to see. It is important to note that these are not categorized. We tried to include different manufacturers and different types of vehicles as well.

Furthermore, there is room for plenty of cars to be added to the list. It was quite hard to select only 10 because there are a lot more excellent models already launched for next year, or expected to arrive sometime in 2019. Anyway, we hope you will agree with some of our choices as these are top 10 cars that will mark 2019!

Audi E-tron has a starting price of £70,805 and it will go on sale in early 2019.
Audi wants to compete with the other electric cars such as the Jaguar I-Pace and Tesla Model X, which is why they came out with their own solution. It is called the Audi E-tron and it comes with a claimed range of 248 miles whereas the complete output is 402 braking horsepower.

According to the German manufacturer, approximately 30 percent of the total range is accounted for by energy recuperation. The drivers will have paddles mounted on the steering wheel and they will be able to select the severity of this recuperation with them. The charging system is quite advanced and there is a 150kW charging port offered. It takes less than half an hour for the E-tron to reach 80% of its full potential.

Bentley Flying Spur has an estimated price of £135,000 and it is expected to arrive in mid-2019.
At this moment, the Bentley Flying Spur is being tested. It is underpinned by the MSB platform which is also located underneath the Continental GT. Furthermore, the engine which will be used is a 6.0-liter W12 with the total output of 626bhp and 900Nm of torque.

Considering that the new car supports 48V electrification, Bentley will most likely offer lots of new equipment including active anti-roll bars, whereas the PHEV is also expected down the line. There are some changes to the exterior design as well, but nothing drastic.

BMW 8 Series Convertible will carry the price tag of approximately £80,000 and it will arrive in early months of 2019.
For the new model, BMW prepared a fabric roof in order to reduce as much weight as possible. The vehicle spied was the M850i and it is expected to arrive with a 4.4-liter twin-turbo V8 engine that generates 530 bhp in the coupe. Thanks to the powerful unit, this model will reach 62 mph in just 3.7 seconds. As expected, BMW’s xDrive AWD configuration will be used.

BMW Z4 will cost £36,990 while it will be released in March 2019
BMW and Toyota joined forces to develop the new Z4 as well as the Toyota Supra that we will mention later on. The Z4 is quite a sports car that packs a bunch of useful tech such as adaptive dampers, an electronically managed differential and bespoke Michelin Pilot Supersport tires. BMW has done everything to reduce the weight of this car, which is now about 50 kilos lighter. Once it hits the market, this vehicle will compete with the Porsche 718 Boxster.

The starting price of the Ferrari 488 Pista Spired is around £275,000. It will hit the market in early 2019.
People who are interested in the Pista Spider are concerned about one thing only – speed! And this model has a lot to brag with. Under its hood is a 3.9-liter twin-turbo V8 engine that cranks out 710 bhp. Thanks to raw power of the engine and the aerodynamic design, this model can speed up to 211 miles per hour, whereas it goes from 0 to 62 mph in just 2.9 seconds.

Honda CR-V Hybrid commences at about £29,000 and it arrives in late 2019.
The CR-V is a well-known name in the car industry and now the hybrid model will be launched. Honda has high hopes for the new car, but the new model will have to fight for every customer. The vehicles that will try to prevent Honda CR-V hybrid from reaching high numbers of sales are the Nissan Qashqai and Kia Sportage – that’s quite a competition. The drivetrain consists of a 2.0-liter petrol engine and a separate electric motor generator. The fuel efficiency of this car is rated at 51.4 mpg.

The B-Class is predicted to cost £25,000. Wait for it in early 2019.
With the latest B-Class, Mercedes wants to improve in the MPV segment, which is losing ground. According to the company, they struggled to change the boxy appearance of the previous model, but the new smoothly-designed car should be able to effectively rival the BMW 2 Series Active Tourer and the VW Golf SV. A sliding row of rear seats will allow owners to use the space inside in the best way possible. Several engines will be offered as well.

The estimated starting price of the Taycan is £75,000. This vehicle will hit the market in fall 2019.
The Taycan is a four-door vehicle and it will be the first full electric vehicle from Porsche on the market. The super saloon will have a top speed limited to 155 mph whereas its engine delivers 600bhp, quite enough to propel the car to 62 mph from a standstill in just 3.5 seconds. The final design is similar to the concept, but there are some visible Panamera cues on the new model. 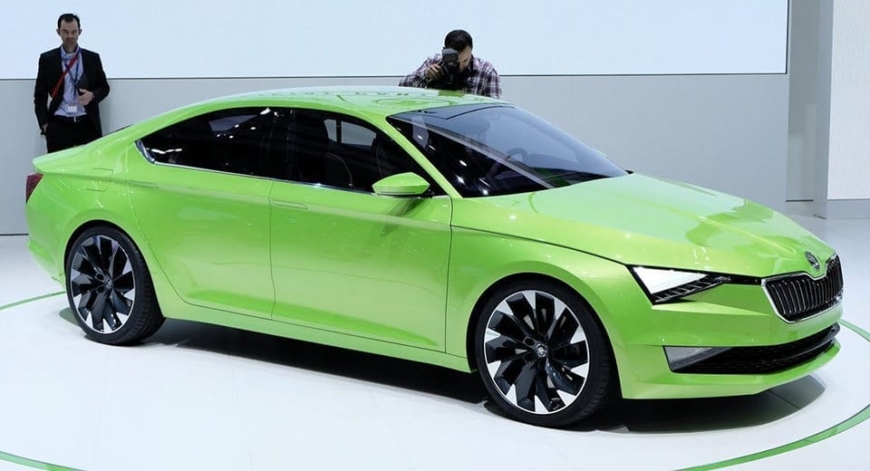 Superb is an affordable vehicle but it is quite advanced. The new model arrives in spring 2019 whereas it will cost just above £20,000.
A plug-in hybrid will find its place in the new Superb lineup! The hybrid model will be available across the range and not only on one vehicle. The new PHEV is inspired by the Vision RS Concept and its electric range will be over 40 miles. The drivetrain consists of a 1.5-liter engine and an electric motor combining for 242 bhp. Besides the PHEV, the other vehicles in the Superb lineup will arrive with advanced engines.

The estimated price of the Supra is £50,000. The arrival – summer months.
The Toyota Supra has been perhaps the longest-anticipated model (in addition to the Ford Bronco). The official presentation of the Supra is scheduled for early 2019 at the Detroit Motor Show. The prototype has already been tested and the results were impressive. The Supra and the BMW Z4 which we have mentioned are the two vehicles created by Toyota and BMW together. As for the Supra, it will pack a 3.0-liter six-cylinder turbo powertrain and its top speed will be 155 mph.

Which of the vehicles do you like? Also, what are the models that should be added to the list? Feel free to contribute.