The fear of public speaking is a major problem faced by many. A study by Chapman University revealed that one in four people face a major fear when it comes to speaking in front of the public. However, the true numbers may be an even greater figure, as many tend to lie about their fear of speaking in public. Yet, the art of public speaking needs to be cultivated in order to improve business, develop new contacts, get new orders, and convey a vision to more than just a couple of people. There are a few rules that can make a successful speaker out of any person. Let’s see them.

This may appear to be a very obvious advice, but practice is the biggest friend when it comes to hitting the right spot in a presentation or speech. Mark Twain, one of the iconic writers, has even commented on how it takes around three weeks for him to prepare an impromptu speech. This is essential in order to appear spontaneous and effortless. These attributes come only when putting in the time. If there is an audience in a room, it gives an added bonus to practice in front of people and improve confidence levels.

It is quite common for every speaker to experience nervousness. However, the biggest difference between a novice and a master is in the way that they handle the nervousness. People who are less confident while speaking in front of the public tend to get caught up in a vicious circle of worry, which makes them appear more nervous. It is important to avoid putting pressure on oneself by embracing the nerves and accepting that the situation does not warrant a lot of seriousness.

The body language is a very important element when it comes to non-verbal communication. The posture, the way of holding oneself and even the movement of hands are aspects of body language that will reinforce and refine the subject matter. Jobsora tells us that there are also occasions when a body language unconsciously conveys nervousness to the audience. These may include tapping the feet, fidgeting with the fingers, playing with the hair, touching the face, pacing a lot, frequently looking at the slides, swinging the arms frequently, and frequent use of the pockets. These nervous tics can be avoided for a more convincing body language.

If a person is speaking on the stage, they are effectively addressing every person in the room. Most of the novice speakers tend to focus their entire attention on one section of the crowd throughout their presentation. This can be a sure-fire way to hint nervousness and lack of experience. This can be avoided by frequently gazing across the audience so as to make eye contact with different sections. The lack of eye contact can be felt with a lack of connection amongst the audience. 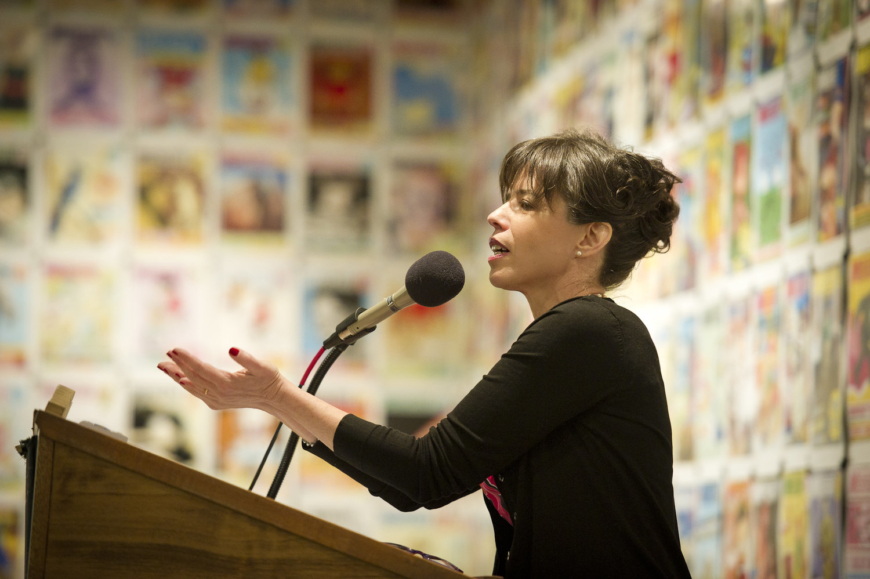 Looking at the Audience’s Perspective

Focusing on Topic Instead of Performance

It is important to remain invested on the content, while the focus should be on delivering it to the audience. Most tend to make the mistake of trying to be disconnected from the audience in order to stay free of nervousness or jitteriness. However, the speech becomes very easy when the focus shifts on the audience and the content that needs to be delivered. Once this state of mind has been attained, aspects like body language or eye contact will automatically fall into place.

The awareness about the speech and presentation will make any speaker feel alive inside. This can provide any speaker with a lot of confidence, which will improve the delivery. The awareness about the speech will also bring life into the audience, who can make a positive impact in terms of setting the mood around the hall. If the speaker senses disconnect, they can also address the audience directly using questions or comments, which will act as a great way to provide breaks in the presentation. The breaks can often give life into a mundane speech.

Every public speaker will be relying on their words in order to do most of the talking, but the inexperienced speakers may be judged on the appearance. People tend to make an assessment based on appearance in less than a second. Crucially, the judgement made in this very short span of time does not tend to change. As a result, a speaker should not disregard the importance of looking the part. A speech will not succeed without setting the right attitude right from the looks of the speaker. Every speaker – even the experienced ones – need to make the best impression straightaway.

The speaker has to take the right tone into the speech from the word go. Once the audience have made the assessment of the speaker based on the appearance, the next major factor that has an impact would be the tone. It is common to find politicians spending several hours of work coaching in order to prepare for elections. A large part of the training goes into the tone. A speaker who has a slower tone will be perceived as benevolent or friendly, while a faster tone is associated with authority and competence. Further, it is important to avoid a monotonous drone that is far likely to switch off the audience. It is important to mix up the tone to keep the audience alive and awake.

What Are The Major Consequences That You Might Face Due To Winding-Up Petitions?