Rick and Marty discuss their findings with Matty Blake, the host of the talk show ‘Drilling Down’, an after-show about ‘The Curse of Oak Island’. The findings they discuss are antique jewelry, stones with strange carvings, pieces of parchment and leather binding, ancient human bones from Europe and the Middle East, and the mysterious Lead cross. 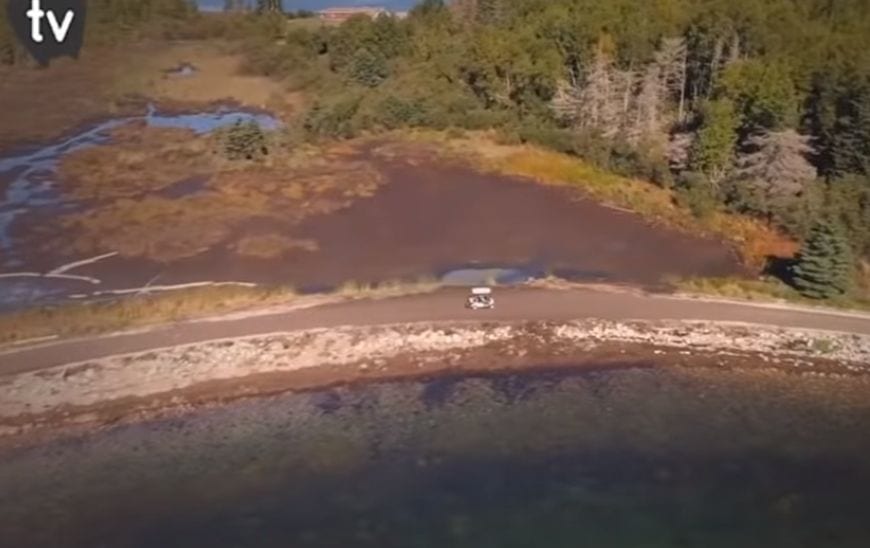 The Lagina brothers believe that the most significant and meaningful item they have found so far is the Medieval Lead Cross. The cross was found by Gary Drayton and Rick in Smith’s Cove. The Medieval Lead Cross originated from the 14th century from Southern France. It’s an area of Knights Templar influence. The cross was tested with a laser abrasion at the University of New Brunswick and the results showed that it doesn’t originate from North America.  Later on, it was discovered that its area of origin areof two mountains, the Cévennes, and the MontagnesNoires, in Southern France. Thus, this cross is one of the most historic finds in North America.

For 223 years, people have been searching for treasure on Oak Island, but the Lagina brothers have found several compelling clues. Nevertheless, one cannot help but wonder whether there is something otherworldly which is safeguarding this undiscovered treasure. Thus, Matty Blake takes over to discover and explore the most mysterious and strange events which have happened on the island and whether there is a curse on Oak Island.

Hence, Matty meets the Lagina brothers in the war room and they discuss the possible curse of the island. After the profound talk and the stories Rick and Marty shared, Matty is even more convinced that the curse is real.

So, Matty does on and meets Dave Blakenship who shares his experience and all the strange things he has seen while working on the island. Matty has collected many details from the Lagina brothers and their team about the strange things they have experienced on Oak Island. However, he looks back in the past where these scary stories only scratch the surface.

Matty invites a parapsychologist, Brian J. Cano, on the island who will tag the phenomenon by using thermal, infrared and electronic voice phenomenon. This is when the episode gets more exciting than ever. It gets even more interesting when they get to Money Pit to investigate paranormal activity.

Finally, Matty sits down again with the Lagina brothers and he is eager to see what they think about all the evidence he has collected. They suggest giving the tape to an audiologist to tell them what it is they heard. Rick and Marty claim that there are definitely many things they can’t explain. Moreover, they can’t say whether there is actually a curse on the island, but the island itself and the intrigue around it have been a curse for many people. In fact, it has intrigued many young minds to become interested in archaeology and maths. Whether there is a curse or not, they can’t say, but there is certainly a chance to do positive things.