There’s a difference between science and myth, but the two are sometimes intertwined. For centuries, people have been telling stories about mystical, almost magical things. They’ve been talking about the Biblical manna, the Philosopher’s Stone, the Fountain of Youth, chi, prana, the Holy Grail, Orgone energy, etc.

What most of them failed to realize, though, is that most of these are very tightly connected. But, to be fair, how would they even know that? It took us a while to come to a realization that these things might just be more of the same thing, and that’s what we want to talk to you about today.

The thing we want to talk to you about is called Ormus, or ORMEs – depending on what you’re referring to. And, if you don’t know what we’re talking about – strap in. You’re about to embark on a hell of a journey.

The Discovery Of Ormus 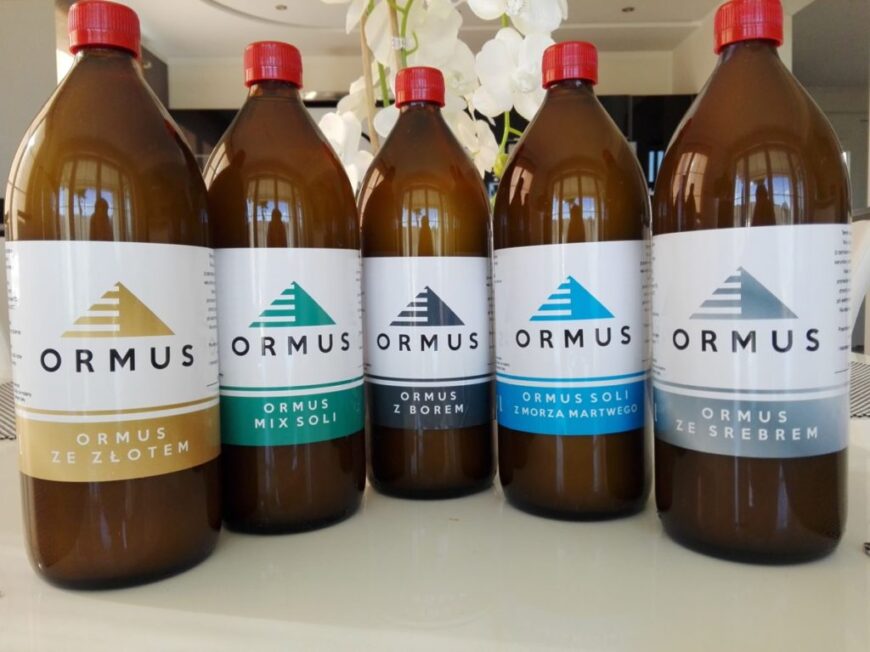 It wasn’t until the late 70s that we discovered something strange. And, by strange, we don’t mean in a bad way – just different. As we’ve said, it was the late 70s, and an Arizona farmer David Hudson was searching for gold on his land when he noticed some rather strange materials. For a while, since those materials weren’t gold, he wasn’t particularly interested, but it didn’t take long before Hudson realized that there was something more to these materials than he initially taught.

Years passed, Hudson devoted his life to these materials, and by the early 90s, he did enough research and became enough of an expert to gain patents on these materials and methods for procuring them. But, what were these materials? How come they were there, all this time, yet no one knew about them or talked about them?

Well, the only thing we can tell you with certainty is that these materials are now known as ORMEs or Ormus, and judging from what we now know about them – we’ve been talking about them for quite a while now. We just didn’t know it.

Ormus, ORMEs, monoatomic gold, white gold, white powder gold, AuM, m-state – these are all different names for one thing, and one thing only – the materials the Hudson discovered. And, if we want to stay true to the man that brought these elements to the modern humans, we’ll call them by their full name – the Orbitally Rearranged Monoatomic Elements or simply ORMEs.

Hudson defined these as monoatomic elements in the high-spin state, and while there’s no denying their existence – we are still not quite sure whether these are monoatomic, diatomic, or something else, we must realize that these do not occur in the regular spectroscopic assay, which would, in one way or another, make them different than their “regular” counterparts.

So far, there have been several elements identified as ORMEs or m-state materials. Copper, Iridium, Nickel, Cobalt, Silver, Gold – all of these were found as Ormus, and the one we’re most interested in is Ormus gold or monoatomic gold.

Why? Glad you asked.

Why Is Ormus Gold Important, And Where Can We Find It?

The Ormus elements and materials can be found everywhere around us, but they’re mostly present in rock and seawater. They can also be found in fresh water and air, but they’re the easiest to extract from rocks and seawater. What’s also interesting about them is that they’re said to be over 10,000 times more abundant than the metallic elements we value and learn about in school.

But, what’s even more interesting about them is that we’ve learned, through extensive research, that these m-state elements we know of for only about 50 years or so have been mentioned in the ancient, alchemical texts as the Philosopher’s Stone, and even the Biblical manna. So, it’s quite obvious we knew about them for a long time. We just didn’t know they were the same thing.

But, that still doesn’t answer our question – why are they important? Why is Ormus gold so important to us? Well, here’s why.

The reason we should care about these elements are many, and it is not only about the fact that they challenge our conceived notions of chemistry. Arguably the more important reason is their application in alternative medicine. And, by alternative, we simply mean medicine – only not the one major pharmaceutical companies are getting filthy rich off of.

Ormus gold, in one way or another, has been used in the field of alternative medicine for centuries, possibly even millennia, and its health benefits are believed to be extensive. Let’s name a few.

1. It Cures And Treats Various Diseases

There are many diseases that ravish mankind, and there are many diseases that we don’t know how to treat or cure. Starting with various cancers, Ormus gold has been known to treat, slow down or even completely eradicate the disease from human bodies. Many believe that due to their nature, they are able to reconstruct, or better yet, correct the DNA structure of the human body and bring it back to its evolutionary state. This allows us to develop a much more resilient immune system and highly improve the healing speed of our body – amongst many other things.

Fountain of Youth – you’ve heard about it. Well, according to many scholars, for centuries, people have been drinking water enriched with Ormus gold, and that’s what made them age slowly and live longer. There have been stories and reports of people living to be past 100 without a single strand of grey hair and only a few wrinkles on their faces.

Our brain is capable of many things, although we don’t really know how to control it or use its powers efficiently. With Ormus elements, namely monoatomic gold, we can improve our brain’s function and ability and achieve incredible levels of clarity, focus and heightened senses – amongst many other things.

Finally, unlike many other things we consume daily – Ormus elements are the only ones without any known side-effects, which is, on its own, arguably its greatest benefit.

It is quite obvious that we knew of Ormus and monoatomic elements all throughout history – we just didn’t know we talked about the same thing. Now that we know, we should just ask ourselves one question – what are we going to do about it?

How Much do Teeth Veneers Cost?

Why Choosing the Right Type of Mattress is Essential for Managing Low Back Pain?