Scared and alone, Ed JC Smith decided at 14 that he would end his life. Walking out of his house one night, he headed to the nearest train station and stood on the edge waiting for a train to pass by. With just moments to spare, a hand reached out and dragged him back from the edge.

Kicking and screaming, the stranger wrestled him to the ground until finally, he calmed the shaking boy. Walking him home, the rough-sleeping homeless man made him repeat over and over, “never give up, never give up.”

Today, in his early 40’s Ed JC Smith says it was the best advice he’s ever had, and the phrase has become his mantra. A lesson he shares worldwide with this coaching community.

He is considered one of the world’s most respected coaches. Ed credits his failure at school, his terrible relationship with his father, his youth plagued with acne and curvature of the spine, as a source of motivation, rather than despair. 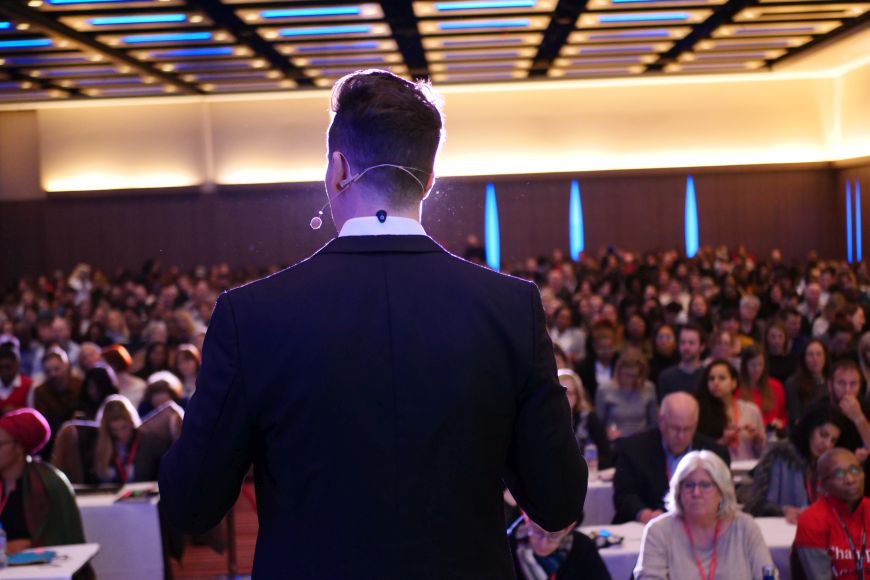 “So much in life is a matter of perspective. We all make choices and I have found that helping others resulted in me finding success in my own life,” says the softly spoken Englishman.

He may have failed at school but Ed JC Smith has spent his adult life making up for the lost time. Founder of The Champion Academy, he helps coaches reach more people, get more clients and make more impact..

The tools of his trade are many and varied, as are his interests. As he started to build his own coaching business, working firstly with women who had weight issues as an extension of his job at the gym, and then with corporate groups looking to increase their wealth and find financial freedom, he then branched out into the venture capital business.

And then, he lost it all. Bad advice, the wrong business partners, and suddenly all he had worked for was gone. He was 27. Yet, as many successful people will tell you, failure is a valuable lesson and Ed learned a lot from the experience.

Ed JC Smith found his way back from despair when he got a job in a gym as a ‘glorified cleaner’ as a skinny teenager, long before fitness trainers existed. As he built himself up, he began to train others in the gym. His confidence grew and he found he enjoyed the experience.

As a failure in school he set out to study healing modalities, from taking psychology courses, studying NLP, and emotional clearance techniques, he started to invest in himself with courses and mentoring programs. He built his own business before helping others to build theirs.

“It’s hard to help others with transformation unless you’ve experienced it yourself,” he says. For Ed that meant creating a mindset that enabled him to see himself as a successful person before he made the leap to helping others find their success.

His courses include modules on finding clients online, starting a business with no money, identifying your ideal clients, and equips coaches with all the tools they need to grow their businesses. He urges his members to imagine themselves as successful coaches. He urges his members and future coaches to imagine themselves being there before they actually are. “Cultivate the mindset needed to achieve success is key,” Ed says.

While there are many coaches who are passionate about what they do and have achieved great success with their clients, learning to scale it up by using the online tools that have worked for Ed in his career is key to reaching out to many more clients than a one-on-one practitioner can ever do. Ed stands out among the online coaches for his formula for attracting clients and creating online courses that have a worldwide reach.

“I use YouTube effectively to provide value for my followers. There are a host of free tutorials that introduce coaches to the possibilities you have when you can reach a larger audience. You help more people and you also create financial freedom,” says Ed.

He speaks from experience and the feedback from those who have completed his courses is glowing. He speaks a language that everyone can understand and so many have put these practices to work in their own businesses, he is now in demand all over the world as a public speaker.

Learning to use the internet to scale up his own business has given Ed another type of freedom; time to enjoy his life.

“I’ve done the time, the slog, I worked hard to get where I am and then I developed a formula that works and allows each of the coaches who follow my program to create online courses that potentially reach millions without having to work at it every minute of the day. Freedom has different meanings for all of us but having time to enjoy your success is vital to a healthy mindset. You don’t need to work that hard once you have mastered the skills needed to grow your business, you can begin to enjoy the success you’ve built,” he explains.

Coaches serve the community across a wide range of issues. “I have a coach who helps women achieve orgasm, an issue she suffered herself. I have another who helps people deal with death, after losing a number of family members herself. The role of coach covers a whole range of interests and problem areas that people in the community suffer and being able to support and help people to get to a better place and make peace with their lives is incredibly fulfilling,” says Ed.

Bridging the gap between coaching and business has brought Ed the success and confidence he lacked as a kid. In his early 40’s, Ed is settled, he’s relaxed, he’s happy. His parents now live with him, suffering from old age, his father pops in during the interview and calls him a loser. Ed laughs it off now, knowing that while he may never be a success in his father’s eyes, to the world, he is one of the leaders in his field, and his compassion, integrity, and his support have affected thousands who have found their own way into the light.