The inconsistent gameplay of Manchester United since the beginning of the season cannot be overly emphasized. From the two losses against Brentford and Brighton at the beginning of the Premier League season, the improvement in the team play is quite obvious to the pleasing eye of the Manchester United faithful. Even Oddschecker, which compares odds as well as providing free football offers, had made United favorites over both clubs for the game, unfortunately they disappointed.

However, the recent inconsequential result of United in recent games has caused many fans some headachees on the direction of the team. The lackslutre loss again their Manchester rival club in a devastating 6-3 deficit was a spirit dampener to the eagerness of the rejuvenated United team.

Moreover, the dampened United side has not been the side that blaze everyone aside since their two initial loss at the beginning of the season, but the new found inconsistent is cause for alarm as the United faithful are beginning to found their trust in the team once again.

However, following Manchester United’s goalless draw against Newcastle United at the weekend, the critics were once again out in force. The Red Devils were under pressure for long spells in the fixture at Old Trafford, with Joelinton twice hitting the woodwork for the visitors. 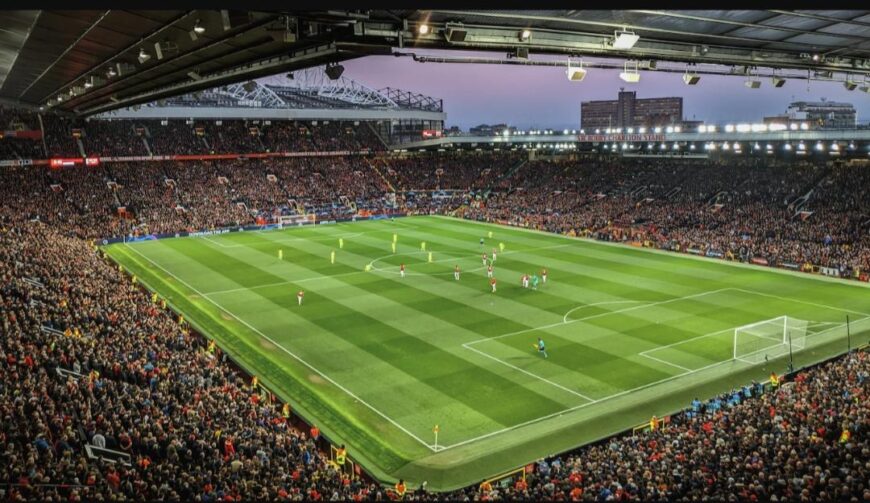 The hosts had their moments as well though, with Fred and Marcus Rashford both missing guilt-edged chances at the death.

The visit of Antonio Conte’s Tottenham Hotspur just three days later provided the perfect opportunity for Erik Ten Hag’s side to get back on track.

More importantly, Totenham Hotspurs is however getting their fair share of lukewarm in the league die to the fact that the Antonio Conte has been inconsistent since the beginning of the season despite having once in the league prior to the visit to Old Trafford.

But, kudos to the united side who stanp their authority in the game forcing the Spurs to dance to their tune in a manner at which the United faithful would have seen their team play again the big teams in the team.

Bruno Fernandes gets the job done

Harry Kane and co. headed north to Manchester as a team full of confidence. They had won their last two Premier League fixtures and a victory would have brought them within one point of table toppers and arch rivals Arsenal. But they looked anything but a title-chasing side on Tuesday night.

From the off, it was United who were on top. They peppered Hugo Lloris’ goal in the first half, with the French World Cup winner having to make a string of top saves to keep the scores level at halftime. His stops against England duo Luke Shaw and Rashford were particularly impressive, with Brazilian live wire Antony also causing chaos when cutting in from the right-hand side, even clipping the post with one effort from distance.

It didn’t take long for United to make the breakthrough. Barely two minutes into the second half, Fred – who was guilty of not being clinical enough when the Magpies visited at the weekend – was the one to break the deadlock. Some intricate interplay around the Spurs penalty area saw the ball fall to Jadon Sancho, who teed up Fred to strike from distance. His placed shot was deflected off Ben Davies, but it trickled into the bottom left corner of the helpless Lloris’ goal and gave the hosts a deserved lead.

It was a lead that Ten Hag’s men never looked like surrendering. They were on top throughout and in the 69th minute it was game over.

Again, there was an element of luck around the goal, as the ball first bounced off one Spurs defender and ended up with Fred. The Brazilian midfielder then tried to flick the ball past Eric Dier. However, it ricocheted to the brilliant Bruno Fernandes, who curled the ball home from the edge of the area.

The second goal was no less than United deserved and the performance was perhaps their finest of the season. The Red Devils have now beaten Arsenal, Liverpool, and Tottenham at home this season, and nexcitement of an impressive first season under Erik Ten Hag is on the rise.

Though, Cristiano Ronaldo might have come out with an apology, but the essence of the Portuaman streaming out of the stadium while the game is at the pinnacle of domination is a matter that could distraught the performance of the team once again Thee inconsistency tome of the United could be attributed to the inclusion of the Manchester United legend in starting lineup

With Ronaldo in the starting lineup, united has always been the shadow of itself.

With much respect to Rob also career and achievements, the Portuguese superstar is guaranteed to provide Manchester United with some goals to which the game can be won, but the performance of the 37-year-old talisman at the very top is likely been the cause of the United inconsistency.

At 37 years, no one is expecting one of the greatest pmatwr to ever grace the beautiful game of football to align his potential with great ontosiry that the modern football requires, but the everyone could understand the frustration of the Portuguese international sitting on bench despite his record and sacrifices

However, without Ronaldo, the United team was once again their lethal best, outrunnunfvrge energetic spurs side while dictadictatingflow of the game in a tentatively Ronaldo room the headline with attitude, storming away from the game at the pinnacle of the match

Currently, Arsenal is topping the Premier League log with an impressive performances so far, while losing to United only despite facing tbd likes of Spurs, Liverpool, and other big guns. In fact, it wasn’t about Aeawnal but the likes of Chelsea, Spurs, and Manchester City have recently found themselves and it will be difficult for United to squeeze themselves into the top four

However, the recent have showed that Manchester United can beat any team irrespective of the superiority and squad richness. However, the Old Trafford team must find a way to play always play without Maguire and Ronaldo to match the intensity dictation of modern football.

Though the team might have has a set back due to their unsavouring result in recent time, but if they could muster a draw at Stamford bridge in their next game, build a team without fsad irrespective of who might be out due to injury and found a way to balance the team in the absent of Maguire and Ronaldo, the team might have the necessary intensity to play on the front foot again and have what it takes to go back to the glory day of Sir Alex Ferguson era.