Diamonds are some of the most wanted mining products, a rare one is everything you need to become rich instantly. They are some of the most precious gems in the world and the rarest ones cost millions of dollars depending on their historical significance, the number of the reflecting edges, clarity, weight, and colour. The most wanted diamonds in the world are also the most expensive ones. So, let’s check the top most expensive diamonds in the world.

The Heart of Eternity: $16 Million

It was mined in the South African Premier Diamond Mine and the Gemological Institute of America described its colour as Fancy Vivid Blue. It’s a rare diamond because only 1% of the ever mined diamonds come in this colour. Only a limited number of gemstones have this shape, the Steinmetz Group perfectly cut it and sold it to the De Beers Group in 2000. It has 5.528g and 27.64 carats. 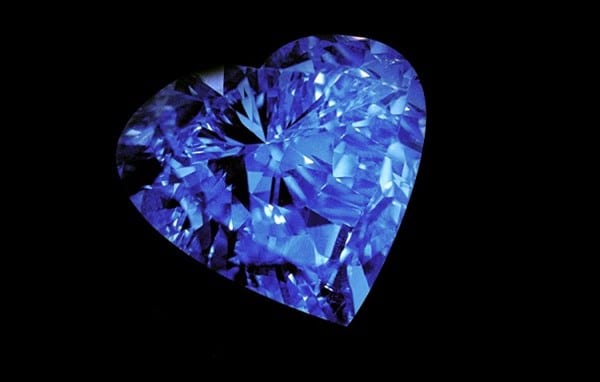 We have little to no information about the Orange diamond, it’s thought that it was excavated from a South Africa mine, but no one knows when it was discovered, who did it, and who processed and cut it. It’s a 14.82 carat, with a grandiose pear cut, and it’s Fancy Vivid Orange colour is one of the rarest in the world. Most of the gemstones that have this colour do not exceed 4 carats and considering that this one surpasses that value with more than 4x, we can say it’s quite special. 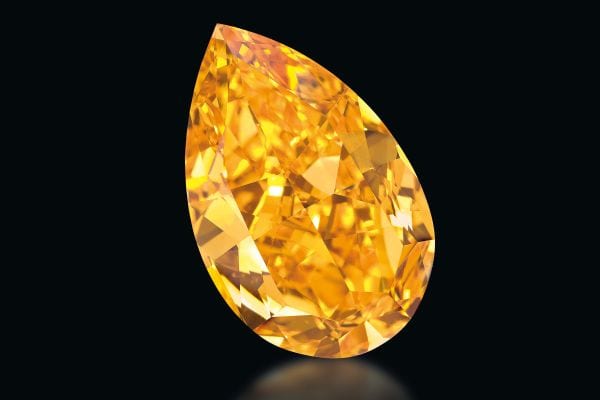 The Gemmological Institute of America rated its colour as Vivid Pink, and it’s the largest known diamond in this shade. It has 11.92 grams and 59.60 carats. It was also mined in South Africa and it took 20 months for the Steinmetz Diamond Group to cut it. In 2013 Isaac Wolf, a diamond cutter from New York bought it and renamed it The Pink Dream. 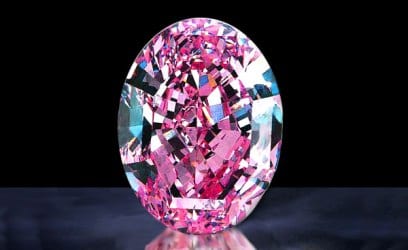 Its uniqueness resided in that is was classified as having the highest grade of colourless, it has no flaws internally or externally. It weighs 54.77g and it is 273.85 carats. When it was first discovered at the Premier Mine, it had an irregular matchbox form with angular planes, a deep concave in the largest flat surface and a horn at one corner. For a long period, people could find no solution to how to cut it. Finally, the owner decided to hire Gabi Tolkowsky to cut it, and it took him 154 days to give it a round shape. Because this was not the best shape to value this type of diamond, Gabi Tolkowsky analysed more than thirteen different designs and decided to go with the heart one. 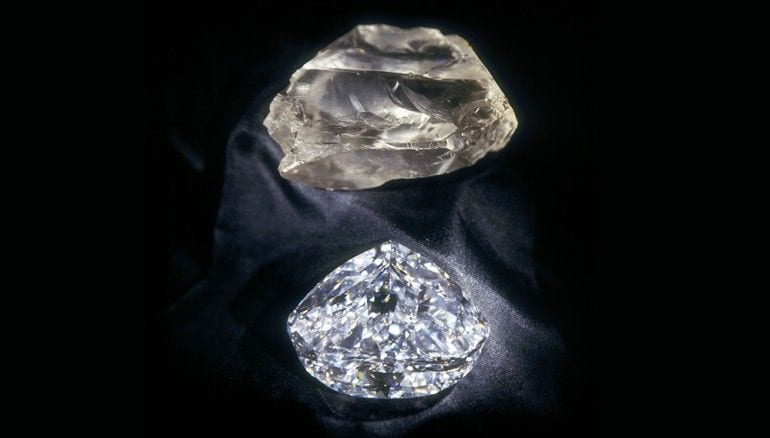 The legend states that it was stolen from a Hindustan statue, and once the priests found out they cursed it to bring bad luck to anyone who owns it. Some say that it can even bring death to its owner. King Louis XIV purchased it in 1668, from whom it was later stolen in 1791 during a crown jewel robbery but it re-appeared in London in 1839. If you analyze it with the naked eye, it seems blue, but under ultraviolet light, it gets a red phosphor shade. It weighs 9.10g and it is made up of 45.52 carats. It was designed like an antique cushion cut and it can be seen in the Smithsonian Museum of Natural History in Washington DC. 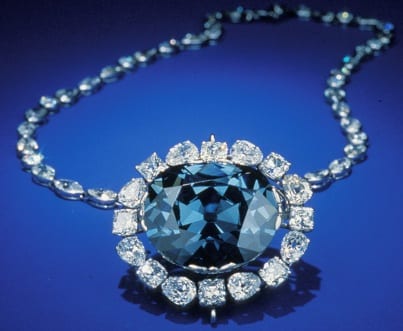 It is the largest rough gem-quality diamond ever discovered worldwide. It weighs 621.35 grams and it’s 3,106,75 carats. It was excavated in Cullinan, South Africa in 1905 and it’s currently valued to around $400 million. King Edward received it as a gift when it still had a rough form. It was later split into nine diamonds and the largest one was named Star Africa or Cullinan I. Nowadays you can see the Cullinan I and Cullinan II at the Tower of London, they are part of the British Crown Jewels. Cullinan has a pear shape with 76 facets and Queen Elizabeth often wears it as a drop on a diamond and emerald necklace. You may not afford to buy a $400 million diamond, similar to the one Queen Elizabeth is wearing, but on Georg Jensen online store you can find some beautiful necklaces with diamonds at more affordable prices. 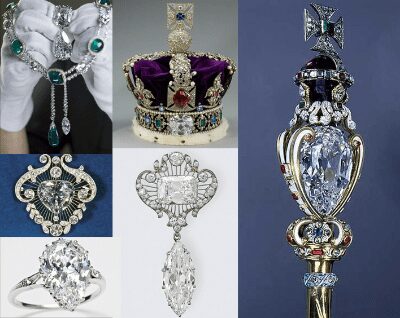 The value of this diamond is currently unknown because of its pale yellow colour and indistinguishable shape, some state that it looks similar to a shield. It has 11.05g, 55.23 carats and it was discovered in India. You can see it at the Apollo Gallery at the Louvre in Paris, being currently part of the French Crown Jewel. It’s one of the first gemstones cut with symmetrical facets. It’s an unusual stone because it has no pavilion, it features a pair of crowns, one to another. Its name comes from the French Ambassador to Turkey, Nicholas Harlai, the Seigneur de Sancy who first purchased it in Constantinople in 1570. 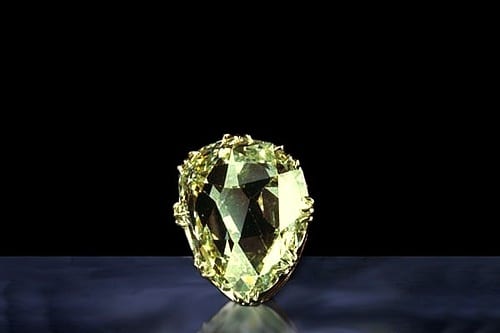 All diamond lovers have heard about Koh-i-Noor, one of the oldest ones in the world. It was discovered more than 5000 years ago and its current name means “Mountain of Light” in Persian. The first record mentioning it was in the Andhra Pradesh state of India. No one knows what it’s original weigh was, the first time when it was weighted it was 38.2g and 186 old carats. It had numerous owners until it was offered to Queen Victoria when Britain annexed Punjab in 1840. At first, it was cut similar to other Mughal era diamonds, but when it was displayed at the Great Exhibition in London, in 1951 the viewers were not satisfied with its look and Prince Albert decided to re-cut it. At present Koh-i-Noor is described as having the finest white colour or being colourless, with an oval shape and 108.93 carats. It took 38 days to cut it in its current form, but it’s said that Prince Albert was not happy with the result because once it was reduced, it no longer shone as it did before. 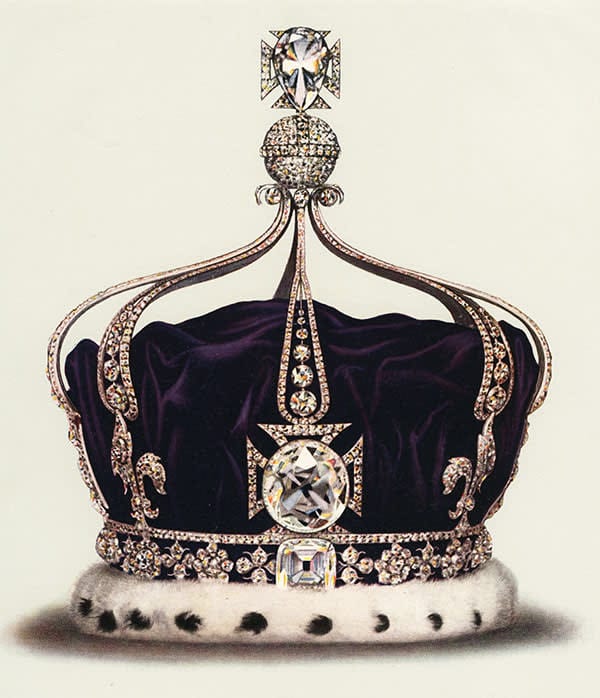 The VIP nightlife around the World: Discover what Luxury Services You Can Find in Each City