“Entrepreneurs are the people who jump out of the plane and then assemble the parachute during the freefall. We don’t know how it’s going to work, but we’re going to have to work this out. We have the state of mind that it is possible. I think that’s incredibly powerful in business,” opined Lawrence Ellyard, CEO and founder of IICT Group.

Such may be the opinion of one man, but many other entrepreneurs certainly share the same sentiment. Obviously, starting a business isn’t so easy. It’s one thing to get enough money to fund the starting of a business. It’s another thing to scale this business, outshine one’s competition, deal with potential losses, et cetera. That’s why Ellyard likened figuring one’s business out to falling out of a plane: there’s a huge risk that comes with failing. And sure, scaling a business requires proper planning. It isn’t a walk in a park. But it also requires the right amount of instinct.

For Lawrence Ellyard, the risk was well worth his journey through the world of entrepreneurship.

A Parking Ticket, a Stranger, and a Momentous Decision

In an interview, Ellyard recounted an odd, significant encounter that changed his life. He initially had a different plan mapped out for his future. At the time, he was an art director in the advertising niche.

“I noticed feeling really despondent about the industry,” he said. “It felt quite meaningless and superficial.”

In essence, he knew deep down that he wasn’t where he truly wanted to be. He had a nudge in his gut telling him to go somewhere; he just didn’t know where.

He eventually started to delve into the spiritual aspect of life. This was what led him to attend a talk given by a spiritualist. On his way to the talk that fateful day, he realized he was running late. He parked his car on the wrong side of the road and was awarded a ticket. Looking at his financial position at the time, that ticket was about to cost him a lot.

This greatly affected his mood when he finally attended the talk. The teacher asked everyone how they were feeling, after which Ellyard was prompted to explain that he received a ticket after parking his car on the side of the road facing the wrong direction.

“And the teacher said, ‘A bit like your life.’ And I was like, wow. After that talk, I got the message that it was like an outer manifestation, you could say, of my inner world.”

Ellyard was moved. He quit his job and delved full-time into pursuing spirituality in greater depth.

“I went from getting a parking ticket to completely changing my life’s direction,” he explained.

Perhaps a change of direction is much needed for some of us. Ellyard certainly felt like he needed it. In particular, his interests became angled towards the world of complementary therapy. Complementary therapy is, in a nutshell, alternative therapy that supplements conventional medicine.

He then went on to found the IICT Group, which stands for the International Institute for Complementary Therapists. Essentially, he and his team at the IICT Group provide complementary therapists a worldwide community where they’re able to obtain relevant resources and insurance so as to allow them to practice their modalities.

“It’s a really unique product,” Ellyard said. “No one’s ever really done anything quite like this that covers the whole [complementary therapy] industry.”

Whether or not one finds themselves interested in complementary therapy, every entrepreneur can certainly identify with the need to establish a solid direction behind their business. In his TED Talk, Simon Sinek mentioned the importance of having one’s ‘why’. In essence, why do we do the things we do?

Products matter; but what they serve matters even more. Ellyard testified to the fact that his business began to really pick up when he and his team started to align their vision and personal values. He noticed that although the IICT Group held certain business values, they didn’t really align with his. In a way, they became superficial. He decided to revamp the company’s values so they became more authentic. To him, it was important that he and his team prioritized “going above and beyond for your people”.

“What happened then is we attracted the [current] team. We now have the most wonderful people who are just so deeply enrolled in the business because they were attracted and aligned to the new company values when they applied for the job,” Ellyard iterated.

In essence, if you’re the captain of your business, it’s important to keep your values in sight. You can’t steer the ship without the right sails. It’s easy to throw in an arrangement of positive values and call them a company’s beliefs, but if the members don’t believe in these values, then there’s really no point in trying to scale a business people don’t really care about. 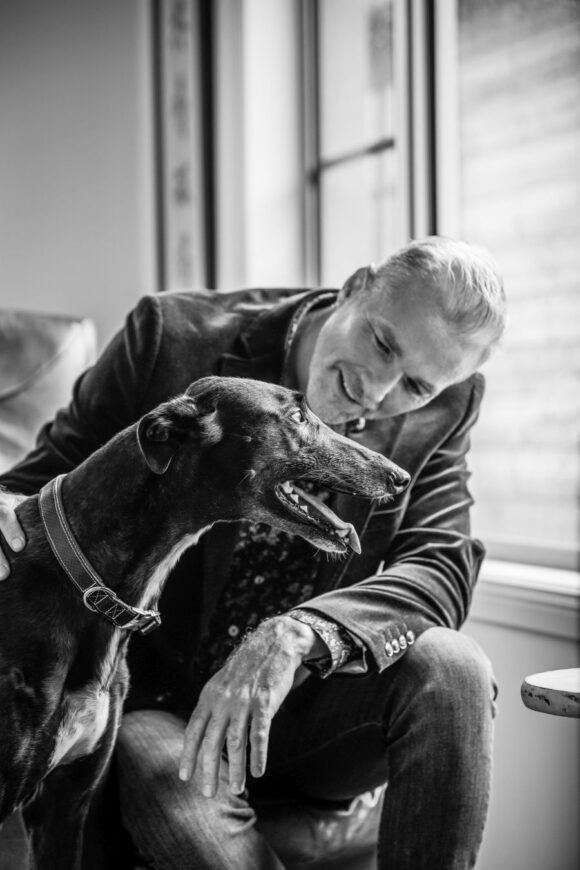 The IICT Group has grown well over 40% since then. Today, Ellyard still believes in the power of lifelong learning. He believes that his success won’t stop where he is now; he wishes to grow more and more. He regularly picks up books on psychology and human potential.

“I commit to spending time reading every day, or listening to a podcast or Audible,” Ellyard explained during an interview. “And it’s not just about reading X number of books; it’s making it applicable in life. It’s identifying what really fits for me, and then actually applying [that information obtained] to my life and seeing how it goes.”

Regular consumption of practical knowledge feeds a person well through their youth, up to the end of their lives.

But none of what Ellyard has achieved today – and continues to achieve – would even matter if he hadn’t taken the leap of faith years ago. If you’re looking to become an entrepreneur, maybe the best question to ask yourself is this: why? What drives you?

Ellyard phrases the essential goal very simply: “It’s the ability to really know what’s going to be most useful in a given situation, and to not only work for one’s own benefit. Instead, ask: how can you have the greatest impact on the most amount of people, for the longest period of time? That’s the motivation.”

Introducing A Vegan Alternative To Leather By Asif Ali Gohar

Why Human Psychology Should Be the Driving Force Behind All Marketing