We are not even at the end of the group stage of this year’s World Cup in Qatar. But we thought we would take a – far too – early look at what might happen in the knock out stages. The opening week was full of excitement. But there is still plenty to come.

The World Cup betting markets have been going into overdrive after some of the surprise results. There have been some shocks already but as everything settles down at the end of the opening phase, we are already looking ahead. Here are five things to keep an eye out for in Qatar.

No one saw Japan beating Germany. But then, the same could be said for Saudi Arabia’s incredible victory over Lionel Messi and Argentina and Morocco’s domination of Belgium. World Cups always throw up a few shock results. But these ones have been real classics.

But just because a few of the big teams have wobbled slightly in the group stage, don’t get too excited about seeing some of the supposed weaker nations in the later rounds. The second match days in the groups have already steadied the ship and expect an increasing normality in the coming days and weeks.

Brazil to Cope Without Neymar

It is commonly said that the World Cup doesn’t really begin until Brazil plays a game – and that was definitely true again this year. The colors and the songs of the Brazilian fans make a tournament and then the players come onto the pitch and get everyone excited.

But Neymar’s injury could now see him miss the rest of the group stage – and possibly some knock out games too. That shouldn’t be something to worry too much about though. Tite’s team has more than enough talent in the squad to take it deep into this competition, even if Neymar is forced to withdraw completely. 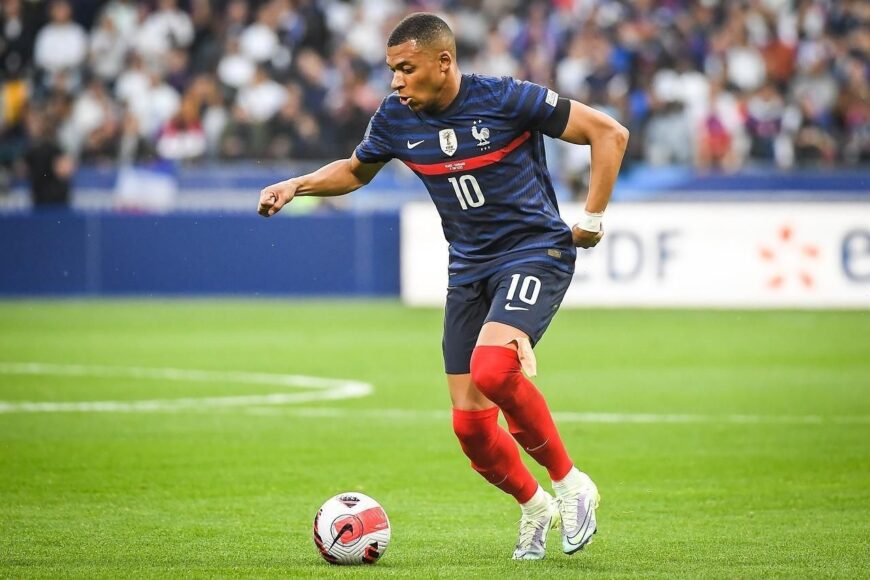 We would say that Brazil could win the World Cup even without its main man. But that would be putting France down – and its own particular superstar. Kylian Mbappe announced himself to the international world at the last World Cup in Russia four years ago and is looking to cement himself amongst the greats in Qatar.

He was the best player on the pitch against both Australia and Denmark and is the reason why Les Bleus could go all the way and become the first nation to win back-to-back World Cups since Brazil in 1962. Whoever beats Mbappe and France will probably lift the trophy.

This is what happens at every big tournament. A team arises in the late stages and reaches the ending stages. This World Cup will be no different if you ask us. The only question that remains is to know which team is this year’s dark horse. Yes, those favored to win it all are going all the way up till the end. France, Argentina, and Brazil are all looking to be there at the end stages of Qatar WC. Some of them will probably lift the Goddess. But, aren’t we forgetting someone? That’s right. France won it all last time around in 2018 in Russia. But, who was their opponent in the finals? That’s right, Croatia. Do not forget about the Croats.

They are a team to be afraid of. There’s something in the passion with which the Croatian national team approaches their games. The Fire Ones have a winning mentality. This is what sets them apart from the rest of the Balkan nations that fall apart under pressure. The Croats know how to get the job done. They have the world’s finest midfield. Chelsea’s Kovacic, Modric of Real Madrid, and Inter’s Brozovic are a thrilling midfield. At the back, they have experienced Dejan Lovren and one of the world’s most sought-after players Josko Gvardiol. They’re strong on the wings too with Sosa and Perisic and we shouldn’t forget Livaja, Kramaric, and Majer too. This is a team that can make your WC day the worst of your life. They will be meeting Brazil soon enough, and we shouldn’t favor the South Americans too much.

By all accounts, this is going to be the last WC for both CR7 and Lionel Messi. The two players left their mark on the game that won’t be erased for as long as this game exists. Both of them have won their continental competitions with National teams. On the club level, they won it all. All that’s left is to conquer the world. Can they do it? Yes, they can. At least one of them can. They could even meet in the finals. Everything is possible and this would without a doubt be the pinnacle of world football if these two meet in the final.

Messi is the de facto leader of his team and its best player despite the late years of his career. He is in contention to be the player of the tournament, and this is another title he’s aiming to get. But, the team comes first and he has the backing of his teammates. They lack quality across the board but the diminutive magician can make up for everything as he did so far during the tournament.

On the other hand, we have Ronaldo. Portugal is the better team. They have some amazing players at all positions and amazing depth with names such as Raphael Leao, Ramos, and Silva coming off the bench. In addition to Cristiano, they also have Bruno Fernandes, Bernardo Silva, and Joao Felix leading the way. Due to the last few months of Ronaldo’s career and the controversy tied to his MAN UTD exit many see him as a hindrance, but we know better. He’s the captain. He’s the man. This is his team. This is his championship to lose.

A Favorite to Exit

We have already assured all Brazil and France fans that their team won’t be leaving the Middle East early. But, if World Cup history can tell us one thing, one of the big names will exit the competition earlier than expected. It could even be one of the teams that have done so well in the group stage.

Knockout games require a different mentality to the opening phase and any team can beat any other on its day. We are not going to go as far as to predict which nation will get knocked out in the round of 16, as it is still far too early to tell. But get ready not to be too shocked when it happens.

One of the things that all fans do before a ball is kicked at a World Cup is to take a look at who might meet who later in the tournament. The round of 16 and onwards has already been scheduled and, although the teams have not been decided yet, the potential match-ups have already gotten us all excited.

There is a possibility that Brazil and France could meet in the final, for example. That would seem to be a fitting end to the competition at the moment. But look out for more big name clashes before that last day on December 18. We think there are going to be some incredible games before this World Cup ends.

Do the Nuggets Have Enough to Get to the NBA Finals and Win?