According to Ukrainian News Agency, UNIAN, Russia intends to commit another absurd action –to deploy “two observers to monitor the upcoming elections in Ukraine despite the ban earlier imposed by the Verkhovna Rada, Ukraine’s parliament, on any citizens of the Aggressor State to perform monitoring functions during the voting process.”

I’ve reached out to a person who can definitely give me an explanation about Russia’s suspicious political moves in Ukraine and the role of election monitors.

Mr. Vanetik, you are a California based GOP strategist, a lawyer, and a businessman.  What is your background? You have done some consulting for Ukrainian politicians in recent years. What do you think about what is happening in Ukraine’s politics?

I am a political activist, and over the last 20 years, I have held leadership positions in political finance within the Republican National Committee, National Republican Congressional Committee, National Republican Senatorial Committee, and Republican Governors Association. I have also held various state appointments. I have been a California Delegate, Lottery Commissioner and Served on the California Criminal Justice Commission, to name a few. My main business is private equity investing.  Inadvertently I have advised some Ukrainian politicians and business leaders last several years.

Consequently, I have become known as to some aspects of Ukraine’s political and economic climate. Ukraine is in search of an identity. It is consumed by corruption, and it is in open conflict with Russia. Some think that it may not survive as a country and may splinter like former Yugoslavia. Despite these formidable challenges, there is hope for a democratic and prosperous Ukraine, and it remains our good friend in Eastern Europe. And it is in trouble… 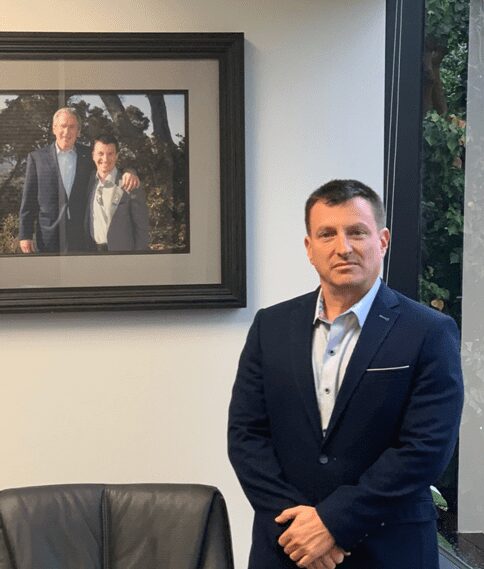 Mr. Vanetik, Ukraine is having elections in less than two months.  There has been talking about election observers. What are your thoughts on the subject?  Has this come up in your highflying political circles in Washington?

Election monitoring is typically handled by NGOs and has been a practice after World War II. It is a way for the international community to assess the fairness of elections based on international election standards as well as local laws. The mission of these efforts is to observe and report; there is no direct enforcement by the monitors. Election observation increasingly looks at the entire electoral process over a longer period of time and having a delegation come in just days before the election is probably not as effective. The legitimacy of an election can be affected by the criticism of monitors, so long as they are not biased themselves.

I am well aware of elections in Ukraine. As I have suggested, Ukraine is our ally and is a victim of conflict with Russia and rampant kleptocracy that has plagued this diverse and beautiful country since its independence from the Soviet regime.  I have been approached with questions about election monitors by African specialists, my Ukrainian friends, and previously in the Republic of Georgia where I consulted in connection with the Presidential elections.

Election monitors are an important part of election integrity in developing democracies. At the same time, they can serve as a facade for dictators or those keen on manipulating elections while softening the reproach of the free world. In other words, they can be a tool in the hands of sore losers or dishonest winners. These are the negative externalities of election monitors that are either bought or manipulated. Therefore, Russian monitors in Ukraine raise the proverbial red flag. There is no rational justification in Russia’s efforts to install its election monitors in Ukraine. This is pure populism. They try to portray Ukraine as a country that does not adhere to the rule of law and international standards for transparency in elections, yet Russia is the aggressor in Ukraine! And it’s not a secret! This action from the Russian’s Foreign Ministry looks like a strategy predicated on provocation.  I am a big adherent to using American election monitors in Ukraine.

Mr. Vanetik, Who are these people? What qualifications do they need to have?

There are reputable organizations that provide these western “services”. National Republican Institute provides election monitors to many former Soviet counties. For Ukraine, the key person at NRI is Stephen Nix. I am confident that Nix and NRI will be involved in your country’s efforts to have election monitoring with integrity.  There is NDI, NRI’s Democratic counterpart.

There are also various law firms and advisors in Washington that as a service can help put together a team of qualified independent experts to serve in that role. I highly recommend that these teams be put in place.  Ukraine’s efforts at advancing its democracy depend on fair elections that can be at least tacitly endorsed by the U.S. and the rest of the free world. Also, the American embassy in Ukraine will have a say as to what happens on the ground. Our State Department is concerned about Ukraine.  We want Ukraine to succeed. We know that Ukraine’s business elite and politicians are part of a lingering corrupt cabal that Ukraine has not been able to purge. We also know that losing candidate will level all sorts of accusations against one another and the losing candidates will likely challenge the results of the elections in Ukraine.  All these things we know.  It is important that not only the western monitors are qualified and report what they see fairly, but that the optics of fairness are also addressed.  In politics as in many other disciplines, optics matter.

By way of qualifications, I don’t believe there is a science to it.  There is no professional degree or a license to be an election monitor. I high profile respected opinion leader is often put at the helm of the group to bolster its credibility and set high ethical standards.  Ideally, these should be people with experience and integrity. Obviously, experience and deep understanding of elections – especially foreign elections – and politics count.  Integrity counts. You don’t want a partisan group.  If someone appears like they have a predisposition or a historical bias, this will impact the trustworthiness of their opinions.   We need to understand that the reaction to Ukraine’s election results and Russia’s potential efforts to influence them will depend on the credibility of American officials on the ground in Ukraine observing and reporting on the election process.

What is the weightiest contribution that election monitors bring to the table for Ukraine and generally?

They are analysts of political processes, and they educate the home base. Most importantly, they bring credibility and they can validate or challenge election outcomes and the integrity of the process. Western institutions often rely on their colleagues more than local sources that in countries such as Ukraine can be easily bought or threatened into blind compliance.

“We are not a Bitcoin Experiment!” President Bukele Hits Back

How the US Elections Have Influenced the Price of Cryptocurrency