Cole Dockery is a 7 figure digital entrepreneur at only 22 years of age. He first started selling services and products online about four years ago. Cole found that college was not the best option for him after graduating high school with a 2.3 GPA he decided to go straight to work. After working for some time for $18 an hour which was considered a nicely paying job, Cole decided to quit and start working as a full-time digital entrepreneur.

That same year, Cole Dockery was able to generate over six figures at 18 years old selling his products through simple Facebook funnels and ads. Since then, Cole has created a great empire for online selling services and products. So far, in 2019, Cole has made over 2 million dollars in sales through his eCommerce agency which now has over 15 employees. 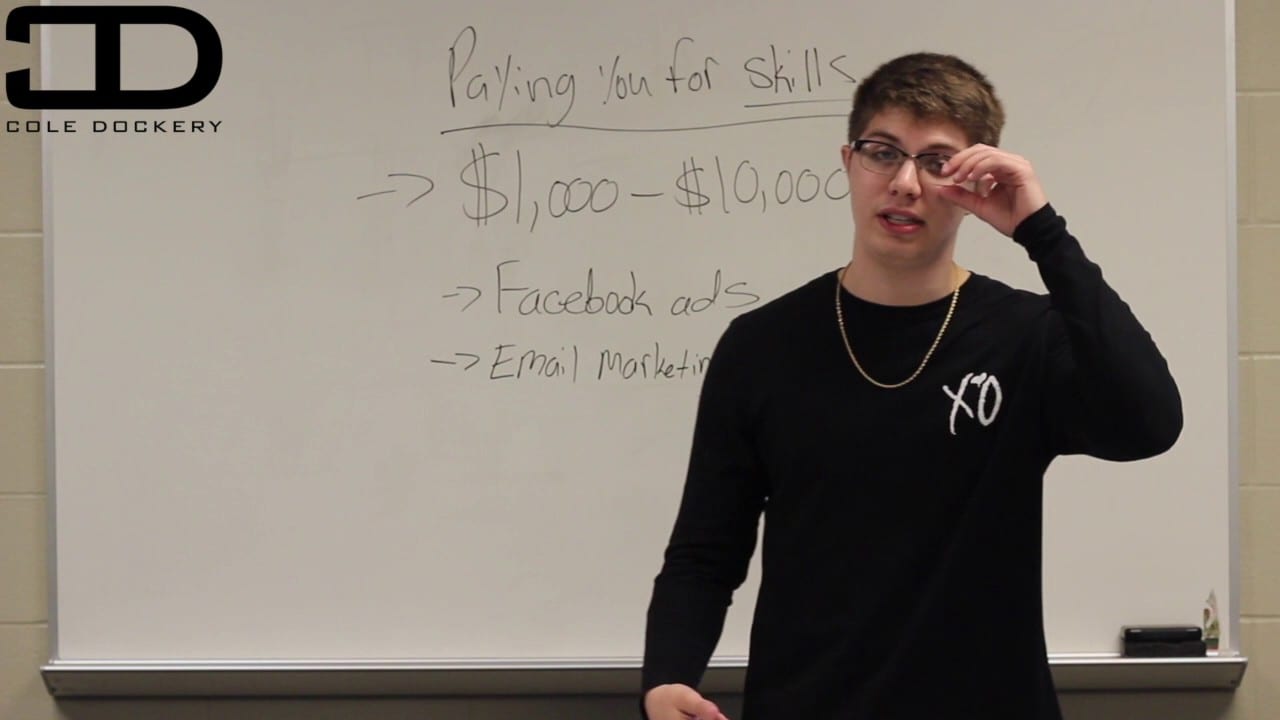 When Cole graduated from high school he was still living in a very small town where there were only two options to do after high school. Either go to college or go start working. He recalls seeing a scale of income based on education from his guidance counselor, saying that if he didn’t go to college on time that his income on average would be somewhere around $23,000 a year. This means that college was very pressured to him as a lot of kids are pressured today. Leaving his job was no easy decision. His entire family had previously worked in labor-based positions, so he felt like it was some sort of tradition to work at such a position. So quitting this type of job for him was more than just leaving a job that was paying well; it was changing what seemed a family tradition to him.

Cole states that college was available to him only because he was offered to play Baseball professionally. Since he graduated with only a 2.3 GPA in high school, it is obvious that school and studying weren’t a priority for Cole. As he started attending visits and meeting with his professor, he realized that he would be learning from people who do not have to offer what the wants and that paying for huge amounts of money for education does not make sense to him. He did not feel comfortable to make such a commitment or taking loans that he wouldn’t ever be able to pay out just so he could satisfy other people’s wishes.

When Cole Dockery realized that he was capable of doing a lot more than just labor work or college, he immediately quit his factory job. He saw himself in the mirror as unfulfilled, stuck and depressed and decided that enough is enough and took the leap of faith. Cole believes that we should follow our dreams and trust our gut when we feel that we are capable of a lot more. He states that people do not have to follow society’s standards, instead we should live and build our lives in our own way. Cole Dockery is a great example of why dropping out of college does not mean that you cannot lead a happy, successful and rich life.

What Do You Need To Know About Cold Calling Services?

80% of IoT Projects Fail. Why and What to do

UK and US University Applications: The Main Differences

College Scholarships To Apply For in 2022