Born in Scotland in 1989, Gayle Rankin grew up in Paisley, close to Glasgow. When she was 17, she got accepted to Julliard and moved to New York, as the first Scott to ever be admitted. Her first TV role was in Law & Order: Special Victims Unit in 2012. After that, she appeared in several short films, including It Goes Quiet, The Meeting, Girl Wakes Up, and Buzzer.

Gayle first heard of Julliard school when her parents took her on a trip to New York. The famous institution sparked her interest immediately.

“We took one of those red-bus tours,” Rankin later said. “The guide pointed out the Juilliard School, and I was immediately curious about the possibility of going there.”

In order to blend in, she had to work on her American accent and she often used it even after school to practice. She got her Actors Equity card for appearing in Tony Kushner’s production of The Illusion. After that, she got a role in The Lake Lucille Project’s production of The Seagull in Upstate New York. Gayle stayed with the play for three years.

2017 was her breakout year. She landed the role of Queen Victoria in The Greatest Showman alongside Hugh Jackman and Zac Efron and she was cast as Sheila the She-Wolf in GLOW. So far, the show made two seasons, while the third one is scheduled to appear on Netflix in the second half of 2019.

Even as little, Gayle was deeply rooted in reality, something we don’t often get to see among actors: “I was never interested in ‘making up’ games when I was little,” says Scottish actor Gayle Rankin. “I wanted to create something real. I would ask my mum to feed my dolls and make sure they were tucked in when I went to school.”

Despite that, the only Scottish student to ever attend Julliard quickly made a name for herself in various off-Broadway production. The one that put her on the map was Cabaret, where she played the role of the enterprising prostitute Fräulein Kost. At first glance, she didn’t think the role was for her: “I didn’t think I was right for Cabaret,” she told Broadway.com. “The breakdown said, ‘Mid-30s, blowsy German prostitute.’ I was like, ‘I don’t think so.’ Then I watched the movie. After 10 minutes, I realized I had to do this.”

The role was technically demanding one, as she had to learn how to speak with a German accent and play the accordion. Still, she got glowing reviews for her performance.

Next came The Meyerowitz Stories (New and Selected). It is a story about an estranged family that plans a family reunion in New York to celebrate their father’s work. The main roles went to Ben Stiller, Dustin Hoffman, and Adam Sandler, but there are plenty more stars appearing in cameos, including Emma Thompson, Sigourney Weaver, and Josh Hamilton. Gayle is playing the role of Pam.

Her biggest role to date is Sheila the She-Wolf. The role required a lot of preparation and Gayle practiced with Salvador “Chavo” Guerrero Jr., a former WWE wrestler in order to faithfully represent the world of wrestling in GLOW. Portraying a character who truly believes she is a wolf is a demanding task, but Gayle loved all female characters in the show.

“I felt only these women, in particular, could make this show,” Rankin said in an interview for W Magazine. “They care so much about us that they’re willing to be like, ‘Go forth and do that thing! Go fight! Go kick someone’s ass!’ Which is inspiring.”

Although she lives in New York, Rankin feels a deep connection to her native Scotland: “I spent the first 16 years of my life in Scotland. My whole family is there. It’s in my blood and informs my sense of humor, my point of view, the people I choose to spend time with, everything,” she says. “There is magic in Scotland. It’s a country with a lot of pride and bravery. I feel lucky to have been born into that.” 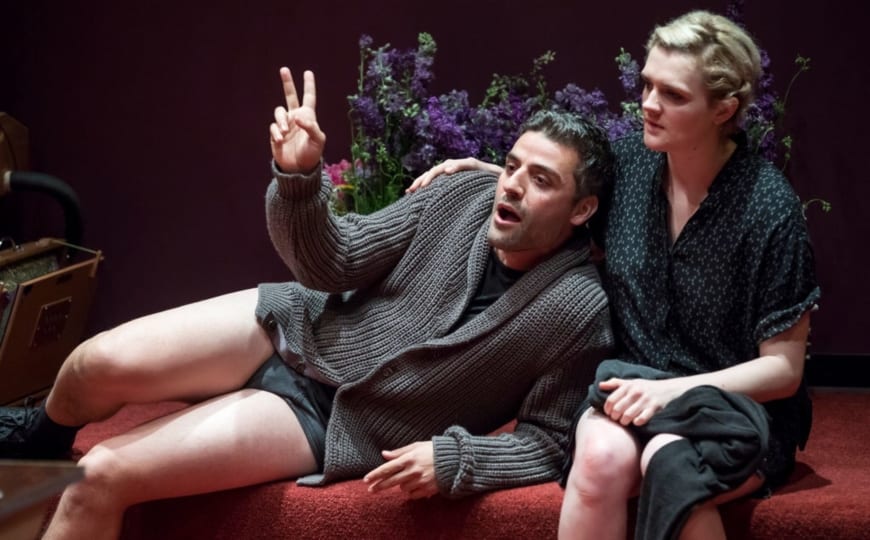 If you happen to be in New York, you can see Gayle The Public Theater’s production of William Shakespeare’s Hamlet. She plays Ophelia and Oscar Isaac is Hamlet. She said in an interview she would like to change the way people see Ophelia: “There’s something about her that she gives so much and fights so hard for so many of the people in her life. I’m not saying she’s a completely selfless angel, but she fights really, really hard. She fights to the point where she can’t fight anymore. And I don’t think she feels like the world is worth living in. I don’t see it as weak. I don’t see it as fragile. I see it as actually strong.”

The play is on stage at Anspacher Theater.

Why Hostiles is a Masterpiece & Probably your New Favourite Movie

Is Netflix the Only Platform to Stream Jessica Chastain Movies?

The Disadvantages of Organizational Change