Video games and escape rooms both appeal to the player’s sense of urgency and mystery that only a series of locked doors and puzzling clues can provide. Be it virtual or physical, the series of challenges faced in these types of games sets escape-centric entertainment apart from other games and team activities.

The Room is a classic example of a beautifully created game in which players face hallways and rooms full of various challenges, each of which must be solved before continuing on through the game. Video games allow developers to really dive deep into the content of the puzzles for their games. The rules of physics no longer apply: massive objects can be hidden inside of tiny ones and locks can literally appear out of nowhere. This provides escape themed video games with a level of creativity that can lead to interesting and exciting gameplay. 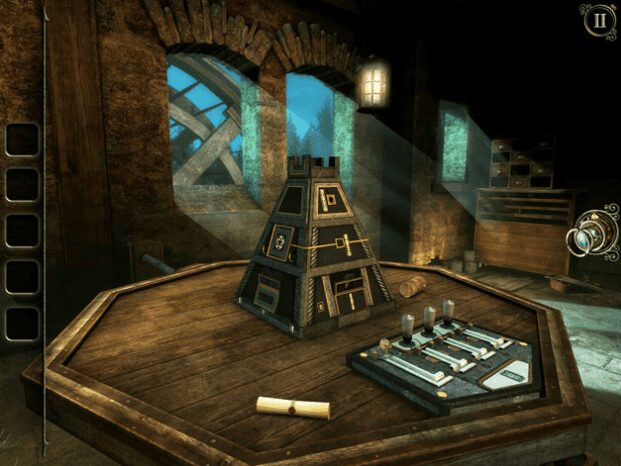 Screenshot from The Room

Escape rooms can also act as a complement to video games. Resident evil created a physical escape room upon the launch of their game wherein players were trapped in one of the classic game scenes but in real life. This “out of the game” setup created a unique and thrilling experience for players who already knew the game and helped promote the game to individuals who had not yet played.

Other escape rooms work to involve video games directly into the room itself. Reason is an escape room in San Francisco that uses sci-fi themes and futuristic technologies as a way to expose the players to an immersive gaming environment. Both of their games require the completion of various VR challenges to escape the room.

Whether you are a hardcore gamer or a casual player more of the casual mobile variety, these are a few exciting games that’s sure to get you hooked and excited about the genre. Remember, stay calm and don’t perish before the time is up!

The Big Differences Between Persona 5 and Persona 5 Royals

How Long Do Gaming Chairs Last?

Runescape 3: +25 Pets and How to Rank Them from Worst to Best

What’s the Cheapest a Divorce Can Cost?