Fluicell AB, a Swedish biotech company, founded as a spin-off from the Chalmers University of Technology in Gothenburg, has launched Biopixlar – a biomedical plotter/3D printer… with a gamepad!

Fluicell company was set up in 2012, and since then has been developing and manufacturing devices that can be used in cell biology, biomedicine, a medicine development. Among them is Dynaflow Resolve ion channel screening platforms, as well as microfluidic device BioPen, which enables local delivery of molecules to one or a small number of cells in a laboratory environment.

Their newest addition is the Biopixlar platform, which is made up of a bioprinter, a software, a gamepad, all situated on an optical table. One of the most impressive features of the device is its high-resolution, which makes it possible to print out even individual cells. Fluicell introduced the device’s unusual gamepad interface for this particular reason since it allows us to operate the printer’s micromanipulator if necessary manually. This new feature makes the controls much more tactile, and the operating experience is now way more enjoyable for the user. It feels as if you’re playing a video game, but it’s much cooler, and you can actually create something new this way. 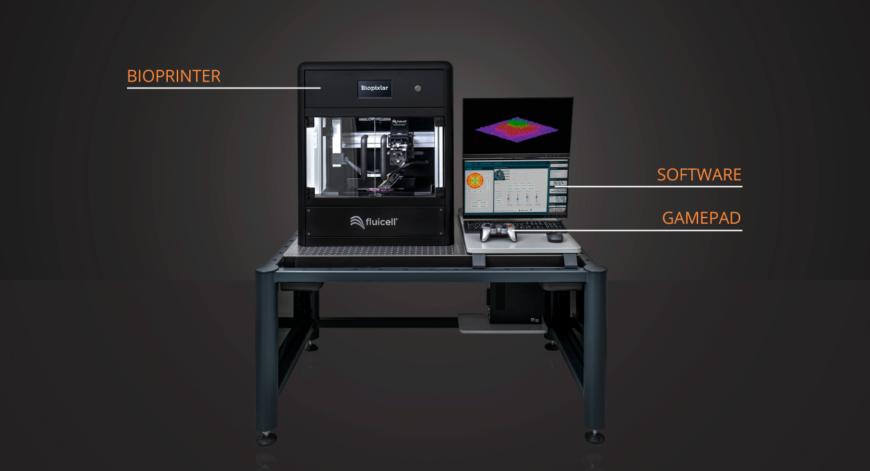 “We have been beta-testing the Biopixlar platform for two months now, and we are very pleased with its performance. The platform is running smoothly, and we really like the gamepad, which we think is a very innovative interface to work with. We are currently developing protocols for the printing of different neuronal cell types,” said Mattias Karlsson, CEO of Cellectricon AB, a disease research company. also checkout how 3dEngineering is making new developments in the field of 3D printing

“The capability of this exciting technology to enable precise control of the cellular composition and spatial distribution within a cell culture has the potential to open up completely new avenues for in-vitro modeling of a wide range of central and peripheral nervous system-related diseases.

The device’s microfluidic print-head with an elastomeric nozzle is capable of working with three types of cellular materials simultaneously, allowing to create single-layer or multi-layer structures. The manufacturer states that by changing the print head, users will be able to achieve even better results with many more different cell types.

The new machine is likely to bring us closer to the next big step in bioprinting since it’s will not just help scientists to be more efficient at testing medicine efficacy, as well as print various tissues for disease research, but also it will allow researchers to avoid testing on animals. Now, this would be a huge leap forward in the ethics department. 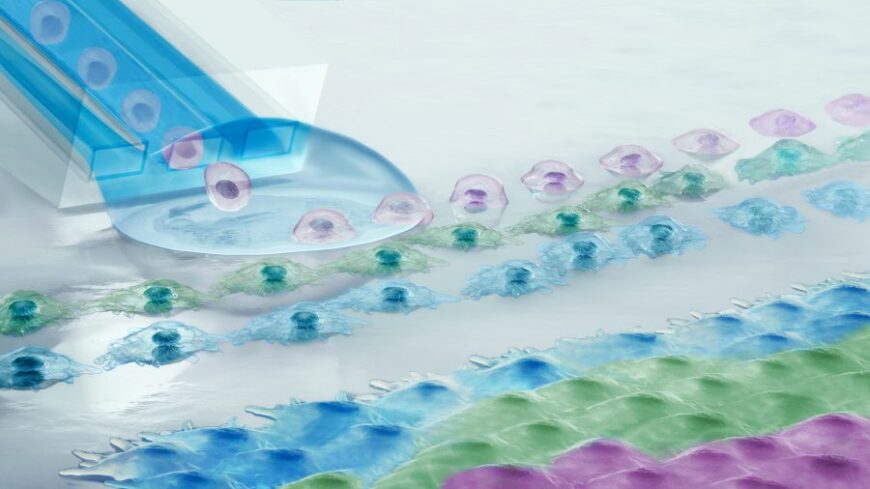 The operating process is monitored by an onboard microscope and a camera that transmits an image in full HD. On top of that, the device is equipped with an onboard multi-color fluorescence imaging setup. If you’re interested in 3D printers and want to buy one, but don’t know how to check out this guide (https://top3dshop.com/blog/3d-printer-buying-guide), it’ll help figure out, which machine will be most useful to you.

IoT and the Digital Workplace In 2022