China is one of the oldest countries in the world, with its history dating back thousands and thousands of years. China has at least eight different linguistic groups, with hundreds of dialects. China is a very big country in terms of population, and as we said, traditions date back thousands of years. With all those factors in play, traditions tend to be different at some parts of the country. Namely, Chinese New Year traditions are different in large parts of the country, are we are going to tell you all about them.

In Chinese tradition, the New Year’s Eve Dinner is the single most important tradition for Chinese people. Like most parts of the world, celebrating New Year’s Eve dinner is all about reuniting with family, especially for those that are coming a long way from home. During the course of the dinner, fish is mostly served, with dumplings being the most important dish. Other foods are served based on personal preference, but the former are especially important to parts of Northern China. Fish and dumplings are dishes that celebrate prosperity, and another important Chinese tradition is to celebrate New Year’s Eve at home, rather than at a restaurant or other food establishments. 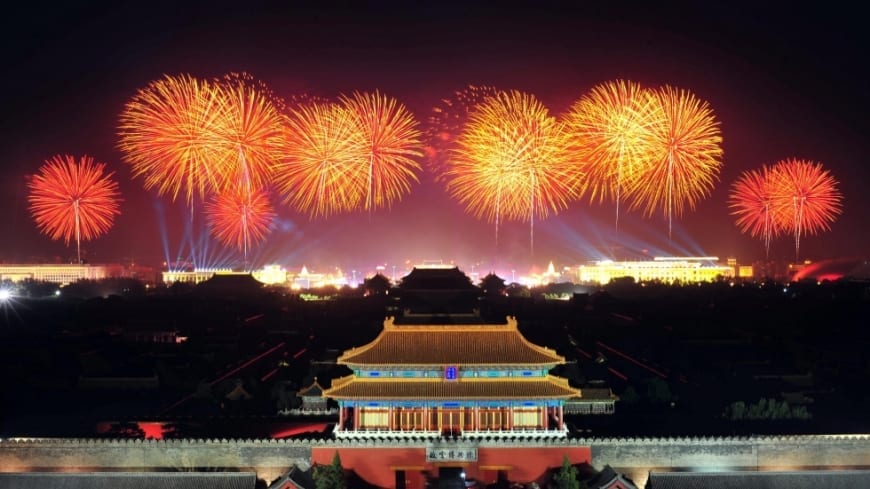 Fireworks are an important part of China itself. Chinese are especially famous for their magnificent display of fireworks (remember the Olympic Games in Beijing, China, 2008). This is because fireworks are used to drive away the evil spirits in Chinese traditions. After 12 pm on Lunar New Year 2019, fireworks are launched to celebrate the upcoming year, as well as, to protect them from the evil spirits. Old Chinese traditions state that whoever launches the fireworks, will bear good luck throughout the year.

A common Chinese phrase, Shou Sui means “after the New Year’s Eve dinner.” After dinner, people will stay up to enjoy the fireworks. An old Chinese legend says that a legendary mythical beast named “Year” will harm any man, woman, child, and animal, that it encounters during the New Year’s Eve. The legend also states that the beast is afraid of the color red, fireworks, and loud sounds, therefore, during the New Year’s Eve, thousands upon thousands of fireworks will be launched, lots of celebratory noise will be made, and red flames will be lit in order to protect themselves from the beast.

After the start of the New Year, a common Chinese tradition states that a market will be set up in order to continue the selling of food, clothes, fireworks, and arts. 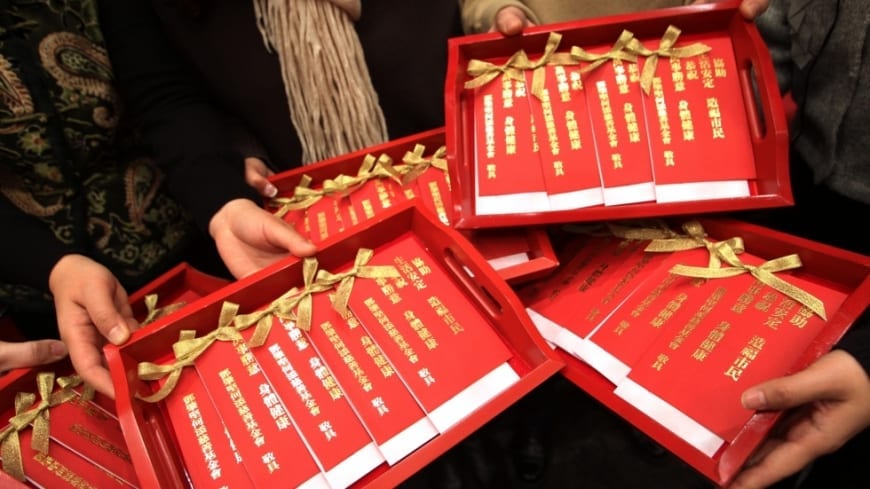 Many Chinese traditions focus around the banishment of evil spirits, and this one is no different. Namely, a red packet is a red envelope filled with money ranging from a few hundred to several thousand Yuan. These packets are given to married couples and elderly to young children, and it is said that the money inside will banish the evil spirits from their children, as well, as keep them healthy and give them longevity.

How to Turn Your Love of Gaming Into Profit

5 Most Fun Gambling Games to Play with Your Friends

How Long Does It Take To Restore An Antique Boat

How EDI Can Improve the Productivity of a Company?