Uprooting one’s life is never easy, especially when it involves moving countries. While many take the plunge in search of better opportunities, building a new life from scratch is hard. In addition to culture shock and loneliness, for many migrants, the language barrier can be insurmountable.

When entrepreneur, nail artist, and influencer April Ryan moved from Russia to the US in 2014 she had huge dreams and virtually no English. She left behind three successful businesses that she built in her home country from the ground up.

Despite the challenges, her determination and hard work have paid off. Today, April is the owner of the Red Iguana, a multi-million dollar e-commerce business, which she runs with her husband from her home in Colorado Springs.

“My journey from growing up poor in Russia to living my American dream hasn’t been easy. Nevertheless, I am grateful for all the opportunities,” April says. “Despite everything life threw my way, I always persevered. My advice for others is not to give up, no matter how challenging the path.”

April always had to make her own way in the world. Born in a working-class family in a small Russian town, her future looked bleak. She had one pair of broken winter shoes and had to wear hand-me-downs from her two brothers. Her family was so poor that they had to grow their own vegetables because they were unable to afford them at the market.

While April developed an interest in the beauty industry at a young age, it seemed unlikely that she would ever make it as a beautician. There was no salon in her town and she did not have enough money to even buy make-up. Luckily, she found something more affordable: nail polish.

April set out to hone her skills using her nails as canvases. And her talent did not go unnoticed. It didn’t take long before her classmates started asking her to also do their nails. One day, a traveling beautician arrived in April’s city to offer a vocational training program and job placement for the best student.

“I was lucky enough to land the job at a beauty salon where I worked 12 hours a day, seven days a week,” April says. “I opened my first nail bar six months later. I opened two more salons by the time I turned 23. During this time I participated and won multiple professional nail competitions that helped my business grow.’

April was successful but all was not as it seemed. “Owning a business in Russia isn’t easy. There is a lot of jealousy and corruption. You often have to pay off the mafia. And people were jealous of me because I was so successful at such a young age,” she says.

Tired of the stresses associated with running a business in Russia, April decided to try her luck in America. In 2014, she packed her bags, said goodbye to her loved ones, and jumped on a plane. Despite her lack of English, April’s talent soon landed her a job at a Beverly Hills beauty salon.

“I studied French at school so when I moved to America I didn’t speak any English,” she recalls. Initially, April was petrified that her beginner English would be criticized. “I have seen people trying to speak Russian being bad-mouthed in my country, so I was worried,” she says. “In reality, many people in America have been supportive. When I showed pictures of my work during my job interview, they said, ‘Don’t worry. Just work and do your best. Everything will be fine.”

Ready to expand her horizons, April started using her spare time to make nail art tutorial videos for social media and created multiple new nail techniques. Within months, her posts went viral and companies started asking her to feature their products. “I was making up to five videos a day,” she says. “This is the time I decided to leave my job. It was meager money for really hard work. And I knew how much my skills were worth.”

Stepping up the game

They say that necessity is the mother of invention. For April, this statement certainly rings true. She came up with her million-dollar creation – a silicone practice hands for nail art – after discovering how bad UV light was for her skin.

“I was using my hands to demonstrate different nail art techniques in my videos. After months of placing them under UV light, I started noticing how bad this was for my skin,” she says. “I started using fake hands but they were very ugly. Eventually, I decided to make a pair of silicone hands, which I modeled on my own hands.”

Six months later, April had a prototype of her new design, which became an instant hit with her viewers. Today, she sells around 2000 silicone hands per month. “We have 24 types of hands that come in different skin tones and sizes. We also sell fully flexible, soft hands and poseable hands that can be fixed in a chosen position.”

Her gel products are eco-friendly and were developed together with chemists. In addition, April’s customers can opt for subscription boxes to receive a set number of nail products on a monthly basis.

To say that April’s business is booming would be an understatement. Just three years following its launch, Iguana has made $3 million. April expects this figure to reach $5 million by 2022. “We are struggling to keep up with the demand. Right now, we’re trying to find new people to help us but it’s not easy. It’s intricate work and for me, quality is very important.” 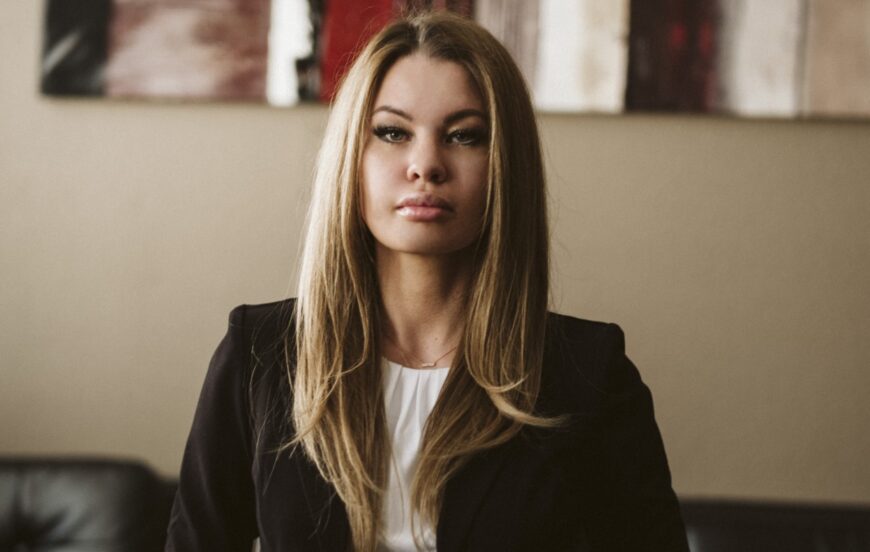 Sticking to the plan

April’s rags-to-riches story is inspirational. She has risen above extreme poverty, left her home country, learned a new language, and set up a seven-figure business – all under the age of 40. In a world where people often expect instant results, April emphasizes the importance of sticking to one’s goals.

“At the end of the day, everything is easier than it initially appears. Whether it was starting a business or learning English, I had to take things step-by-step,” she says. “Whenever I felt like I achieved something, I would move onto my next goal. That’s the key to success.”

What’s The Secret Behind The Beauty Of Ukrainian Womens?