Arguably cars are the most hi-tech things the mass market can accept. Today’s cars require years of researche, experiments, modelling and testing, and it seems impossible to enter this market from scratch unless you’re Elon Musk. Nevertheless, if you want a car with your brand to hit the asphalt, there are many ways. Yourmotobro tells about the seconds Harley-Davidson-branded GMC that already hit the American stores. But don’t be surprised to see a Sony or Xiaomi car this year.

It’s a strange dystopian feeling to see Harley-Davidson branded cars. As if the vendor has made an Orwellian shift to “two wheels good, four wheels better!”, this year we see the second branded car. Now, from a single experiment, it turns to permanent activity.

Not that the famous motorcycle brand has always stood away from cars. Still, the most respectable American model, Ford F-150, that has received Harley Davidson branding from 2000 to 2011, was rather an exception, one of a kind, and it has always been rather Ford than H-D. But in 2019, the situation changed when Tuscany Motor Co. purchased a license and started manufacturing its own Ford F-150. This year, in addition to this new take on classics, we see a Harley Davidson version of a GMC Sierra truck. Both of the models are manufactured by Tuscany Motor Co. under licenses from the original vehicle vendors and Harley-Davidson supervision.

Branded components are inside and outside. The logos are on the grille and across the tailgate, on doors, on the console and across the interior. Two-tone leather completes the visual style. The pedals and the door inserts, the gauges and even the floor mats are branded too: nothing is too minor. Sensors are recalibrated too, from the speedometer to the tire ones.

As yourmotobro.com reports, the overall batch of the H-D branded Sierra (oh, pardon, GMC Harley-Davidson Truck) is just 250 units. The suggested price is rather respectable: $94,995. Nothing exclusive is cheap, anyway. We don’t know yet whether there will be extra units, or the next year Harley-Davidson and Tuscany alliance will license some other cult brand to make another limited series.

Sony: from Walkman to Ride 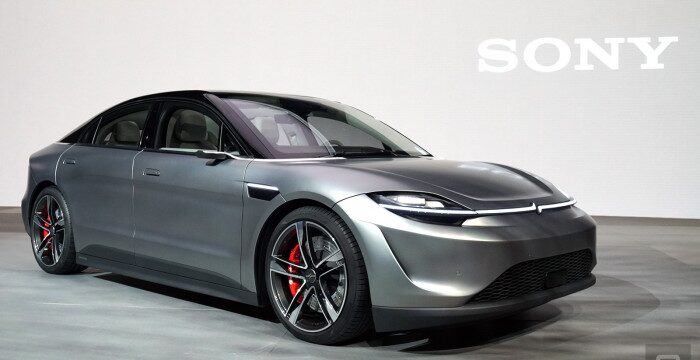 While the overall impression left by CES 2020 was quite dull, it was Sony who broke the windows and let some fresh air in. The Japanese company seemed all about entertainment rather than technology lately. It sold its VAIO laptop brand and stopped producing computer components, investing in gaming and cinema production instead. So it came as a surprise when Sony introduced its electric car Vision-S in Vegas.

The model is still a prototype, and it’s unclear whether its mass production will ever start. Still, Sony made a good impact with the very fact. Taking a closer look at Vision-S makes the impression complete. Big displays and 200-KW motors, ubiquitous sensors and an AI driver, and, of course, great sound provided by Sony speakers.

Like Harley-Davidson is all about “good ol’ America”, fast and dusty, Sony brings futuristic Japan vibe from the 1980s’ sci-fi, shining and glittering. They seem to be different species: a truck with Sturm-und-Drang nature and all-electronic smooth futurism.

Xiaomi: Now They Really Produce Everything 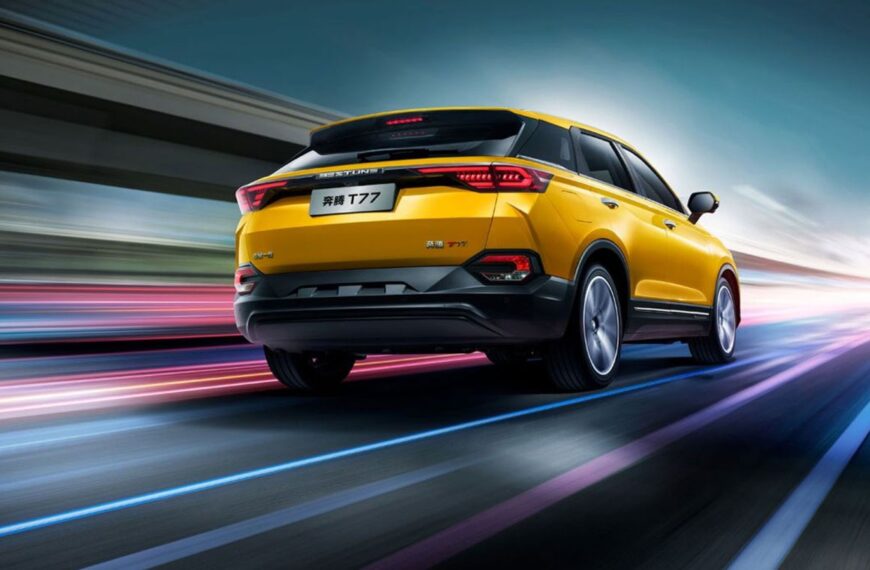 The Chinese giant may still be taken as a second-row vendor, but its ubiquity and productivity can impress anyone. Its first product in 2010 was not even a smartphone, but an Android-based operating system for other vendors. Now it sells smartphones and smartwatches, tablets and laptops, smart home sensors and vacuum cleaners, and even exotic things like telescopes. And in 2019, it presented the car.

Well, it’s not exactly its own (like the previous examples), but branding does much of the work. Redmi, a Xiaomi subbrand, is known for its affordable and rather solidly built devices. The same goes out to the car named simply Xiaomi Redmi Car.

In fact, it’s just a branded version of an existing model by a locally known vendor, namely Bestune T77 SUV. The class of it is compact-SUV, with 1.2 L CA4GB16 engine and front-wheel drive. The interior reminds that of the modern Mercedes analogs, and the exterior has obviously been influenced by Citroen-designed DS 7 Crossback.

Yet, hopelessly secondary in terms of car design, the Chinese car gets its revenge when it comes to user experience. It features a holographic assistant that accompanies traditional voice recognition. In addition to a wow effect, it also replaces the traditional windshield decorations. Of course, the interior also boasts a digital dash and a large touchscreen. It’s also worth mentioning a 5-speed manual, or a 7-speed DCT.

But what does Xiaomi bring? Maybe nothing but its name (much more famous than Bestune, or Besturn as it was before, or whatever), and some visual branding. Maybe just a better integration with its phones. But it’s quite enough. It has a large fanbase almost all over the world, waiting for the right moment to invade the US market.

But does it necessarily take a branded car model to enter the industry? Well, Google and Apple probably don’t need their names on the exterior, while definitely developing car technologies. Exclusive solutions and limited series can sell well, but going massive is a higher sort of ambition. On the other side, fashion designers are always welcomed in the car industry. They provide the style in limited series, and it works for a long time, too.

Will it lead to three-branded cars? For example, if a BMW or a Lexus stuffed with electronics by Sony or Google and designed by Lacoste or Gucci, will it boast all the brands? The answer is: why not.

And what do you think about side brands in the car industry? Would you drive such a vehicle? Or would you prefer something more traditional?